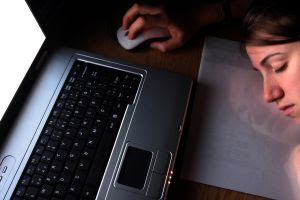 I don't have to say it but it was a long day. This picture seriously depicted what I felt like at the end of it all!

There was a lot to cover, which we did but we barely grazed the overview of the gospel of Mark and then to only reached Mark 1:18 in our study by the end of the day.

I have not done any book study on Mark before. Here are several distinct characteristics of the gospel that I find interesting.
pearlie
Picture by Gözde Otman

*Note: I don't know but I sometimes write in the "historical present" sense myself, especially when I write about biblical passages, because I see it as living and active. For example, I would write "Paul says that ..." rather than "Paul said that ..." because Paul is still saying whatever he is saying to me right now. I got faulted on that in one of my OT papers not long ago, which I am not very happy about, but I don't think I will want to change the way I write.
BiblicalStudies Gospels Greek TEE