December 20, 2007
We could not make it to the zoo today as planned. Calvin woke up late into the morning as we arrived quite late last night and it had started to rain quite heavily at 9 this morning. We made our way to the Singapore Science Center instead. I think a lot of people had the same idea because we were greeted with a really long queue.

The queue in front of us 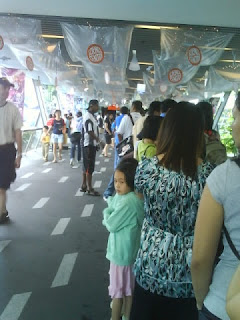 The queue behind us 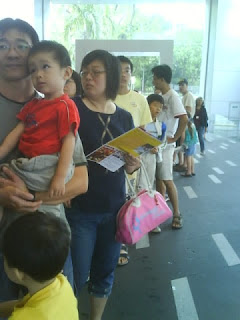 Calvin enthralled with the exhibit out at the foyer 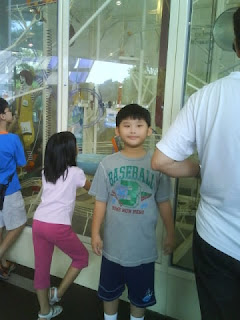 The science center was really crowded and after awhile, it got me really irritated with kids running here and there, punching buttons and turning dials just for the sake of getting the exhibits to do something. What was supposed to be a learning center became a children's playground. Calvin lost interest after awhile. But it was not a loss as we got to watch a movie at the Omni-Theatre. It was good. We watched an IMAX documentary made on the Hurricane Katrina and it brought me to tears.

Calvin's most favourite exhibit of the center after all: the first one he saw while lining up for tickets 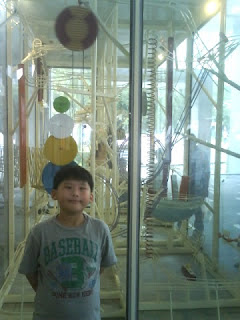 It was quite unexpected that Calvin did not quite enjoy the visit since he is quite a science nut. I suppose it was just too crowded to enjoy it much and after one too many exhibits, he into the "let's-get-on-with-it" mode. We left and headed to Orchard Road to see the Christmas lights. We didn't walk too much, we were too tired and we didn't see much. But what we saw were beautiful. 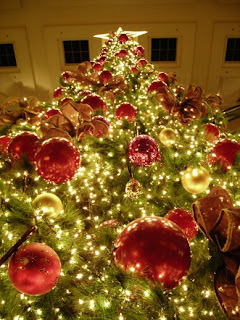 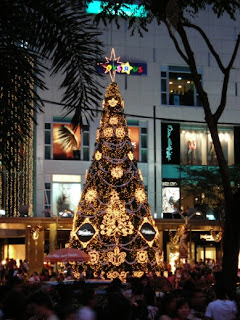 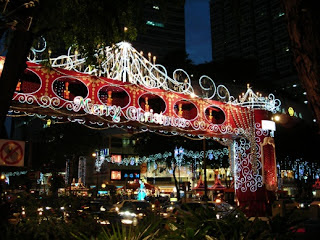 And by the way, the freakiest thing happened. We met Janice here in Singapore, whom we see every week for Grace Notes practice. We knew we were coming to Singapore in our separate ways, and here we are hundreds of miles away from home, meeting on the same train, same line, same coach. Freaky. 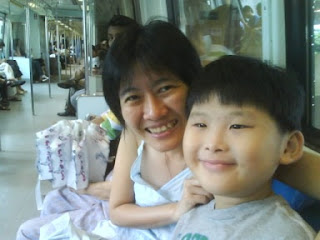