December 23, 2007
Our bus leaves at 6.30pm today. Our friends' church service starts at 3.30 and lasts until 5.30 and we thought catching a train or even a cab to the station from church might be a tad too risky. The train station is about a 10-minute walk from both the church and the bus station and the roads might be gridlocked due to the holiday season.

So Calvin and I headed to Harbour Front way ahead of time, and we did a little bit of shopping. As expected, I went looking for a bookshop: the only eligible place to spend some spare time. It was like being in a treasure trove, looking for the perfect jewels and I found two. 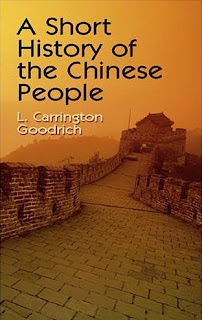 A Short History of the Chinese People
by L. Carrington Goodrich
This is a good find for me because for one, I will never find it back home in KL and two, I do need to read up on the history of my people. I must piece together my history in a more systematic manner, rather than the bits and pieces I have right now. I only hope this book will help me do that. 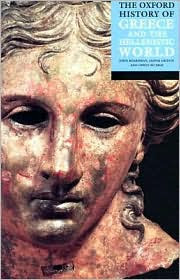 The Oxford History of Greece and the Hellenistic World
by John Boardman, Jasper Griffin and Oswyn Murray
This is also a rare find for me. I have not seen this range of books in KL. Maybe in Borders or Kinokuniya, but I seldom go to these two bookstores anyway. As much as this will be not be an easy read for me, since I have no background knowledge in world history (never took the subject in school) I will try nevertheless, and try hard. Wish me luck!

We caught the bus and though the ride back was pleasant it was not without problems. One, the two people sitting right in front of us were the most inconsiderate I have ever encountered, at least for a long time. Without minding people behind them, they reclined their seats indiscriminately. Calvin's feet were stuck as a result until I drew her attention to the matter. But even after that, they still did it anyway. Two, traffic was heavy and upon reaching KL, there was a traffic jam. A traffic jam at 11.30pm? So the journey took longer than expected. We found out why later. Apparently, someone was attending to his stalled car at the emergency lane and another vehicle knocked into him. Never ever attend to your car at the emergency lane. Not worth it.

I thank God for the trip which was good. Calvin and I had a great time. But it is good to back though.