The Corinth that Paul Saw: Week 3 and 4

August 15, 2008
I missed blogging about Week 3 of "The Corinth that Paul Saw" - the session was short. Kar Yong and I were heading to church from the same direction and we both got caught in a bad traffic jam supposedly caused by Olympics fans heading to their rendezvous spots in town to watch the 8:08pm 08.08.08 opening event. 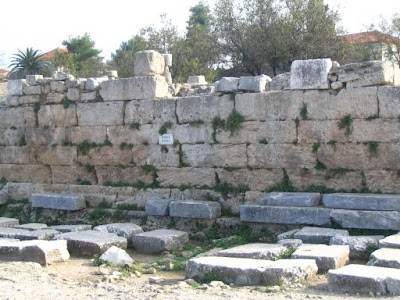 What I remember from Week 3 was the Bema at Corinth - the place where Paul might have been brought to Gallio, "But while Gallio was proconsul of Achaia, the Jews with one accord rose up against Paul and brought him before the (bema) judgment seat," (Acts 18:12) and Paul used that imagery in 2 Cor 5:10: "For we must all appear before the (bema) judgment seat of Christ, that each one may receive what is due him for the things done while in the body, whether good or bad."

Today, Kar Yong showed us the background behind Paul's usage of the body metaphor. 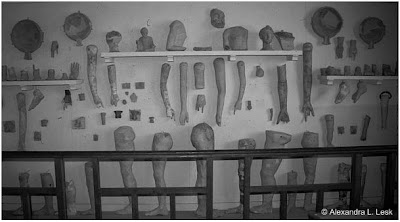 In Corinth, there was at that time the Temple of Asklepios, which was undoubtedly popular as a healing temple. The people there would go to the temple whenever they feel unwell seeking for the god to heal them and when they get healed, the people would make an earthern image of the part of the body they were healed and dedicate it to Asklepios.

Paul could have allude to the fact that even the pagans know what they are doing - if any part of their body is sick, they would present themselves to the temple to get healed but when the body of Christ is sick, what happens?

We too need to ask ourselves that question. Do we care when any part of the body of Christ is not well, is suffering, or worse is abused by the other parts of the body?