I am a hopeless romantic

I have been doing a lot catching up with friends over the week, which is good. And I happen to pick up a DVD from a good friend. 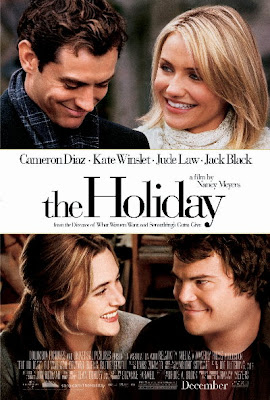 It is a 2006 Christmas movie entitled The Holiday, where two women found themselves in similar heartbroken situations and decided to swap houses for 2 weeks - one in Los Angeles, USA and the other in Surrey, England. What resulted is a hopelessly romantic comedy and I am hopelessly captivated by it.

I have never been so totally into a movie until now. I watched it the first time for starters and then one more time because I cannot bear it being over. Then I watched the whole movie again with the director's commentary in the foreground commenting on the scenes, the soundtrack, the actors, the set. And to appreciate it with the new found information, I watched it again for good measure. All that in two evenings.

I am absolutely smitten.