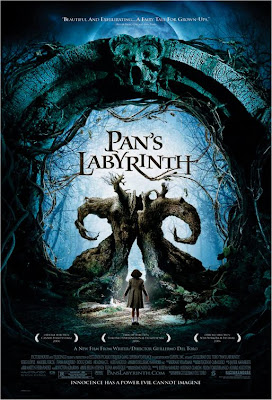 I wrote an apocalytic piece awhile ago and received comments from Sze Zeng and BK referring it to a movie called Pan's Labyrinth. With two, not just one, reference, I need to get a copy and so I did. But it has been sitting on the shelf until I decided to watch it awhile ago.

What can I say: whilst it is a magnificent movie, it is as gory as gory can be. And just like what one reviewer said, "It is excellently made, and I am very glad I saw it, but I could never see it again, no matter how cool the faun was." 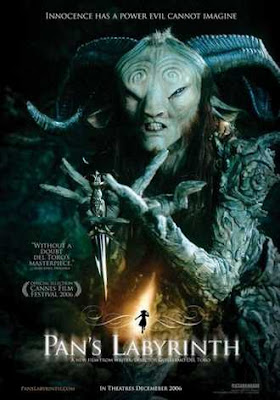 Oh yes, the faun was cool, the chalk was brilliant and the mandrake root interesting, but there were two scenes where I reduced the size of the screen (I was watching in my notebook computer) to less than an inch as I cannot bear to watch the saw on a leg, the paring knife in a mouth.

Pan's Labyrinth is Alice in Wonderland for grown-ups, with the horrors of both reality and fantasy blended together into an extraordinary, spellbinding fable. Told through the eyes of a little girl whose imaginary world is inhabited by nightmarish creatures, Pan's Labyrinth is a visually imaginative and allegorical take on the fears she faced in Spain during WWII. (Tomatometer.com)