We are at Yio Chu Kang Chapel Singapore (YCK) today. This will be my first time attending a Sunday service in a brethren church. It is surprisingly quite structured and in parts quite similar to ours.

I don't think I am a full-fledged photographer because I didn't think it was appropriate to fish out my camera and start shooting in the middle of a worship service. Most of these pictures are from Boon Ho's camera. 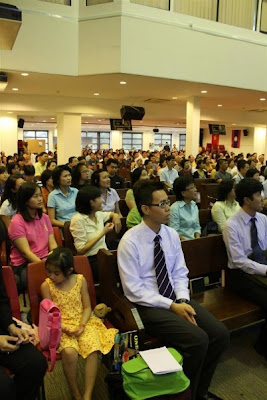 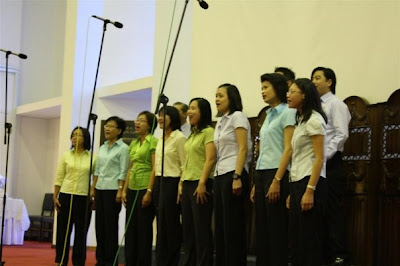 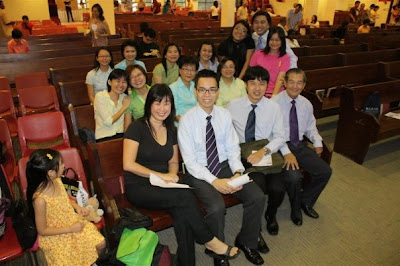 (c) 2008 Ng Boon Ho
Grace Notes - the whole team, at least here in Singapore, including Joanna our conductor in front, little Kristen, May Wan, our pianist, in black, Jen May, Boon Ho's other, in pink. Two altos and one tenor could not make it and remained in KL. 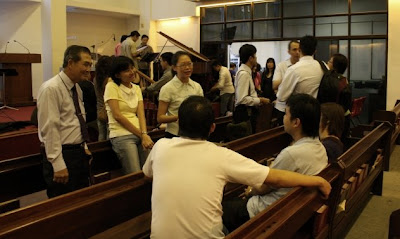 After service - where I started shooting. 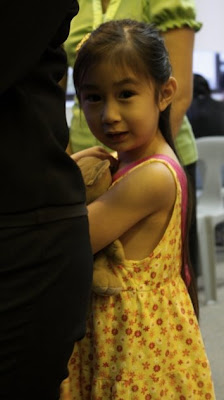 The most sought-after little model! She is opening up to us photographers. She used to hide when she sees lenses. 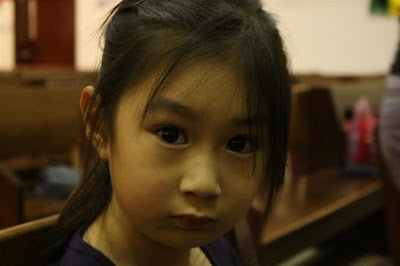 (c) 2008 Ng Boon Ho
This is an absolutely precious shot from Boon Ho, or was it Jen May? 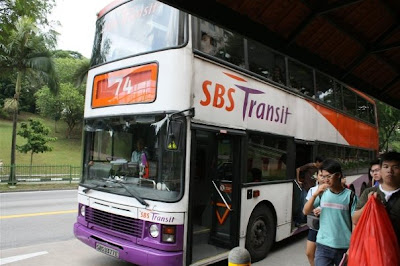 (c) 2008 Ng Boon Ho
After church service, we started roaming Singapore but not for very long - our trip back will depart at 4.30pm 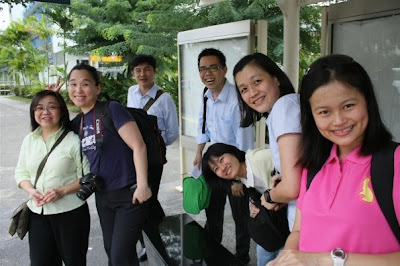