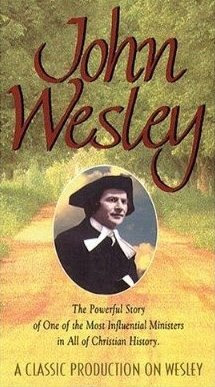 It is definitely the week of movies for me. To start off classes on Methodism, our lecturer, Rev Dr Chew Tow Yow let us view all 77 minutes of a 1954 movie, John Wesley. He said that it more or less summarises the life of John Wesley, with focuses on the major turning points of his life.

In brief, John Wesley was born in the year 1703 to very devout parents. He was brought up very strictly in the cradle of Anglicanism, fed on the pure Word of God from a very young age. Four things dominated his family life: debt (his father was a poor manager of the family finances), the rectory fire (the father who was a rector was very much unwelcomed and the parishioners were hostile towards him), his education and the tempestuous relationship of his parents (his mother was a very strongwilled woman who on many occasions offended her husband).

John Wesley was ordained a Deacon of the Church of England at the age of 22, and as a priest 3 years later. His brother, Charles Wesley, together with some like-minded friends started meeting together in Oxford, praying and studying the word of God. John was invited to lead the Holy Club.

Soon, John began to question his belief in God. He could not feel anything pertaining to the gospel that he was preaching, up to the point that he 'was clearly convinced of unbelief', and concluded that he should stop preaching, for he cannot preach what he did not feel.

It was his Aldersgate experience that changed everything: "In the evening I went unwillingly to a society in Aldersgate Street, where one was reading Luther's preface to the Epistle to the Romans. About a quarter before nine, while he was describing the change which God works in the heart through faith in Christ, I felt my heart strangely warmed. I felt I did trust in Christ, Christ alone, for salvation; and an assurance was given me that He had taken away my sins, even mine, and saved me from the law f sin and death."

It moves my heart that going through a period of darkness and doubt is indeed part of a faith-journey. It is only when the Light finally shines in my life, am I assured that Christ truly died for my sins, even mine.