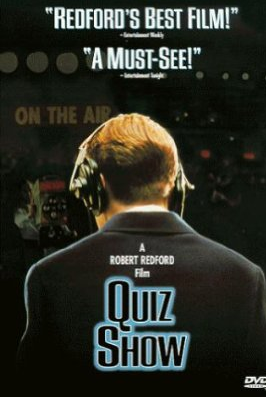 I was down and out today and spent almost the entire day asleep at home, but I managed to catch this interesting movie on the TV: Quiz Show (1994).

It is a reenactment of television quiz show scandals of the 1950s, where the quizzes were rigged. The fallout guy was a college professor, Charles Van Doren, whose career was devastated as a result. He was slowly drawn into the hole little by little and was soon given the answers to the questions. He began justifying his actions, and before he knows it, it was too late to back out.

It made me wonder how would I behave had I been in the same situation? And how many times have I justified and rationalised my wrongdoings?