We, the dumb, dumb sheep 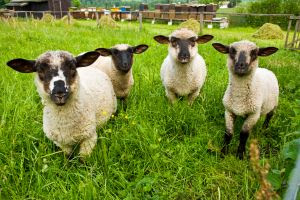 We began our study on John 10 today and we only went as far as v.6. This was because we were quite amused at how we are like sheep. Sheep are said to be really dumb animals – but then, I have not really studied sheep before. Are they really that dumb? And even if they are and even as dumb as they are however, they will never ever (double negative, ou me, in Greek) follow a stranger because they do not know the voice of strangers (v.5). They only recognize the shepherd’s voice and will only follow him. Maybe we are even dumber than sheep.