July 18, 2009
Grace Notes were invited to sing in Chin Hock Chinese Methodist Church in Sitiawan and I was looking forward to the trip. We started our journey today at 11 morning.

We reached Bidor at about 12 and stopped at my dad’s favourite Wan Ton Mee stall. 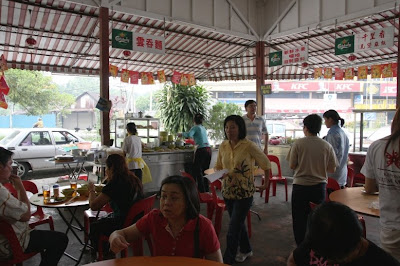 I wanted to visit the Leaning Tower of Teluk Intan and so we made a detour to the town. The tower was built in year 1885. Due to the strong influence of Chinese architecture, its built was that of a Pagoda. The leaning was due to the soft ground it was built on. The other reason was that because one of the uses of the tower was to store water, and the water load has caused it to lean towards to southwest. 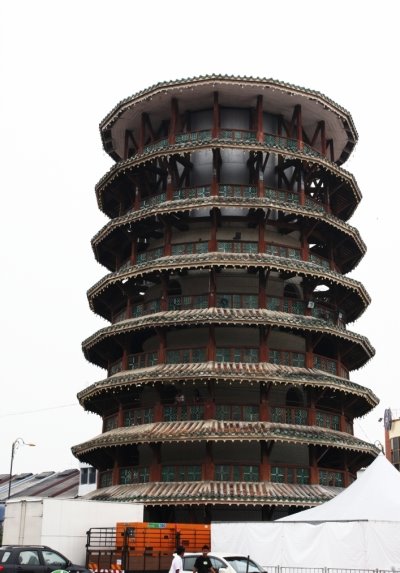 Going up to the First Floor 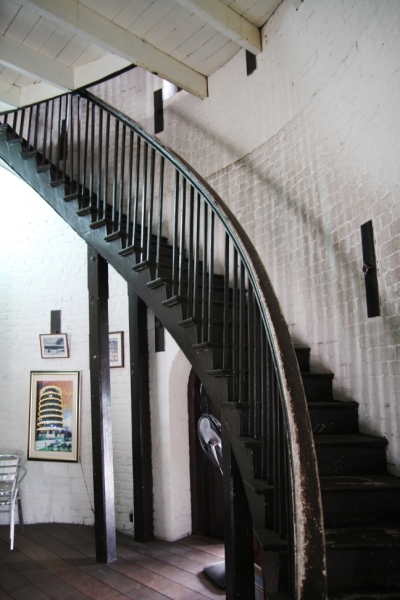 At the First Floor 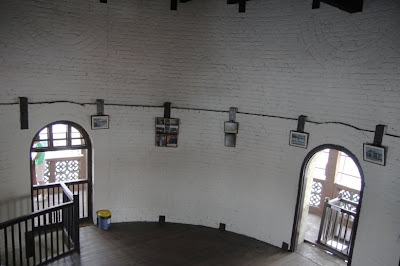 The Water Tank viewed from the Second Floor 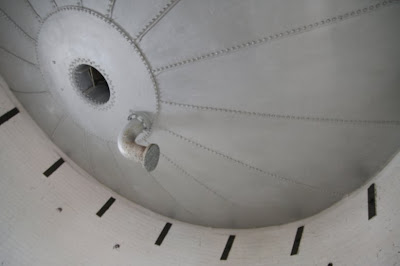 I am not sure what this is, and there was no one to ask 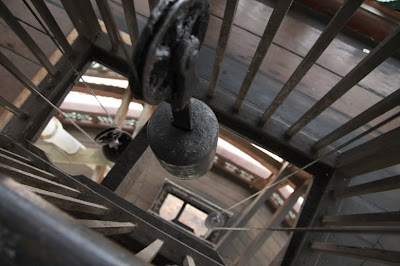 After visiting the Leaning Tower, we stopped by this quaint little shop for some snacks. I like the fact that I tend to find my “quaint little shops” here and there and I think I shall try to find one wherever I go.

One of its walls were decorated with a collection of antiques: old photos, antique bowls, jugs and kettle, antique charcoal irons and, antique tea cups and mugs. 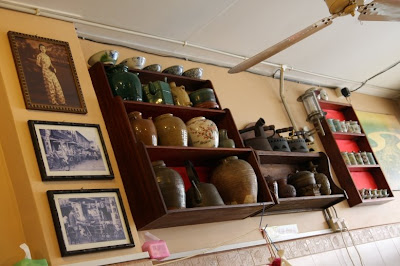 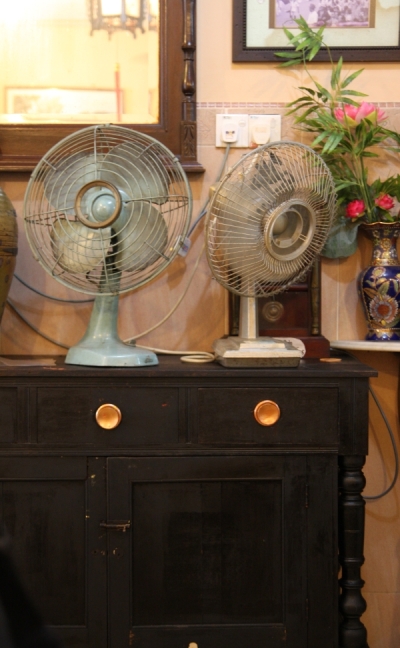 Their tables were made from antique “ham dan gong” or salted eggs containers (I think), each mounted on a wooden stand and covered with a slab of polished marble. The stools are made from bamboo. 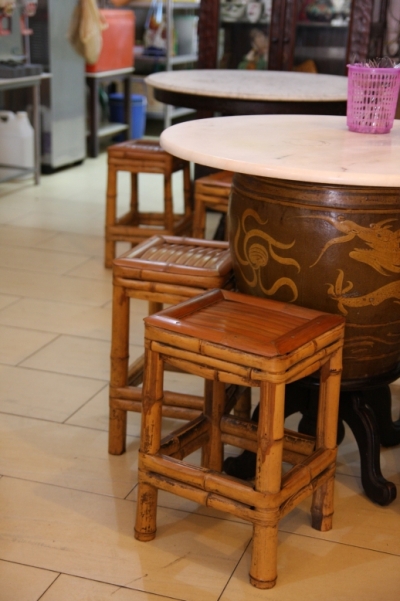 Outside the shop, I couldn’t resist a quick candid snapshot of these two men who were happily chatting away. After I shot them, one of them quipped, “Hey, I am not handsome enough.” No, uncle, you are handsome enough for a perfect shot! (This seem to be a common response like the same one I received from the elderly lady from Melaka.) 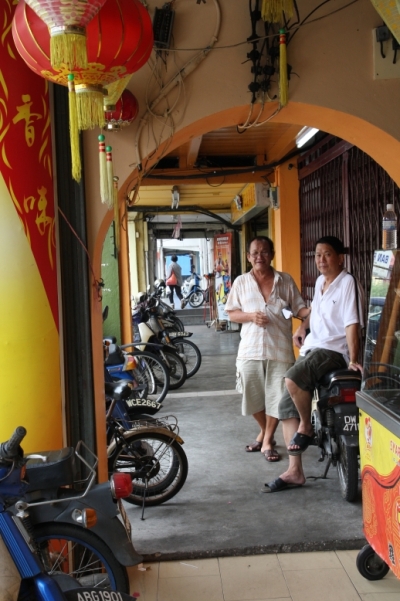 The street where we were in Teluk Intan 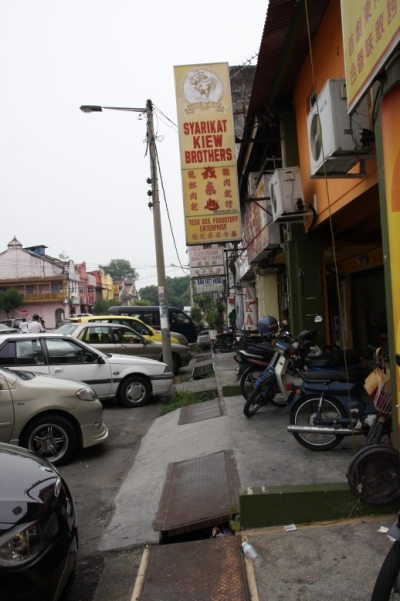 We continued our journey to Sitiawan, and as we drove along, we were greeted by one of the most amazing view – padi fields. And since I was driving, I stopped for a few shots. 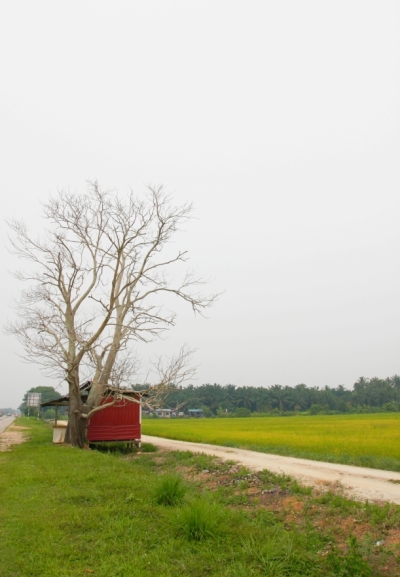 As we settled after on arrival to Sitiawan, the whole entourage were brought to a seafood restaurant and we almost chomped our way through. The weird thing was everything was in an opposite direction. We first had toddy (a fermented coconut drink, which I discovered I did not like), then mangoes, then an amazing array of seafood dishes, with a grand plate of crabs as finale. By the time we went to the church for a rehearsal to get ready for tomorrow, none of us could actually sing with such a filled stomach! We realised it would have been perfect if the sequence of events were the other way round: practice first, then dinner beginning with crabs, followed by the assorted seafood dishes, mangoes, and toddy, so that we all can go back to the hotel to have a good night's rest.

But we were one happy group of people. 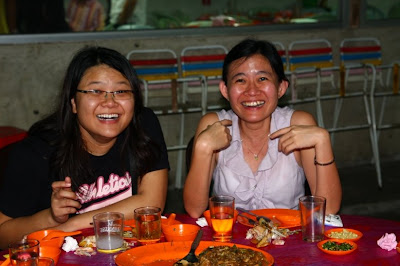 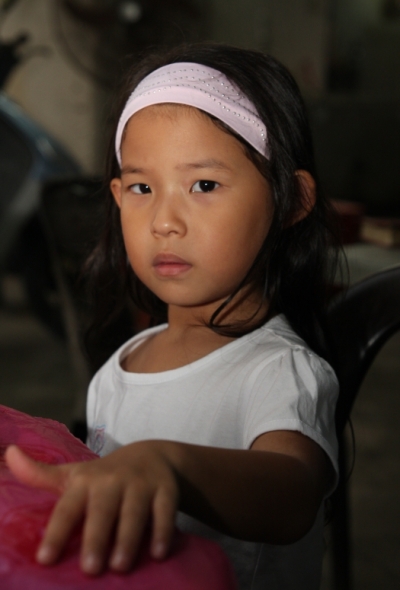 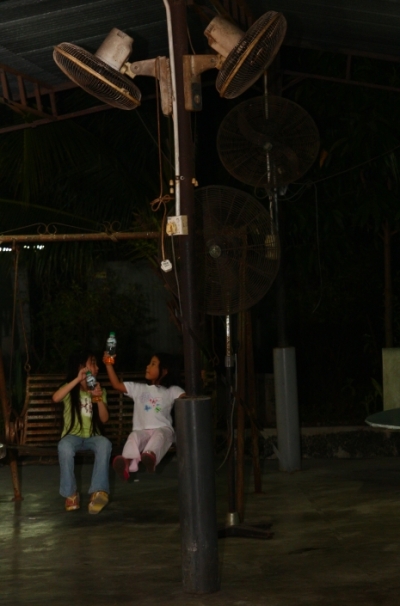