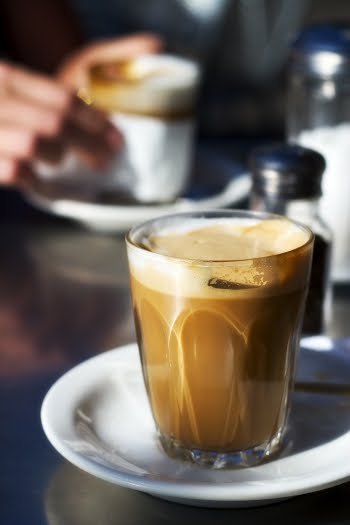 It is confirmed. I told someone sometime ago that I keep having migraines in the weekends. She suggested that I may be having some symptoms of caffeine withdrawal. I have been having coffee every morning for about three years. I did not have any this morning, and the migraine started in the late morning. By the time it was three in the afternoon, it has gone full-blown. I took a cup of coffee, and later some analgesics. I am much better now at 8:51pm.

This time I googled for some information and after reading these articles, I wished I never started on coffee.

Sigh ... but I am more relieved reading this paragraph from the CBS article:

Should You Quit?
Still, both experts say just because caffeine withdrawal can produce symptoms doesn't mean it's dangerous. "I'm hesitant to even call caffeine an 'addiction,' because addiction has to do with the inability to stop or control," says Hughes. "Most people can stop drinking coffee, even if they have symptoms when they do." Griffiths agrees. "The fact that caffeine produces physical dependence isn't necessarily grounds in and of itself to quit," he says. "But if you want to, the best way is with a gradual withdrawal — just slowly change the proportion of caffeinated and decaffeinated coffee until you're only drinking decaf. Don't stop abruptly; that will likely cause more symptoms."The real message of Griffiths' findings: "It's that people should realize the possibility that caffeine withdrawal may be responsible for some symptoms," says Hughes. "If you have recurring headaches or fatigue, you really to think that it may be due to caffeine withdrawal."