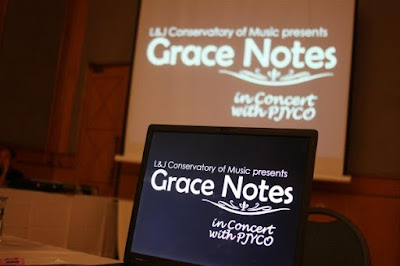 Jen May and I did this showcase slide together. I first had it all in the center but Jen May gave it a nice effect by rearranging it. 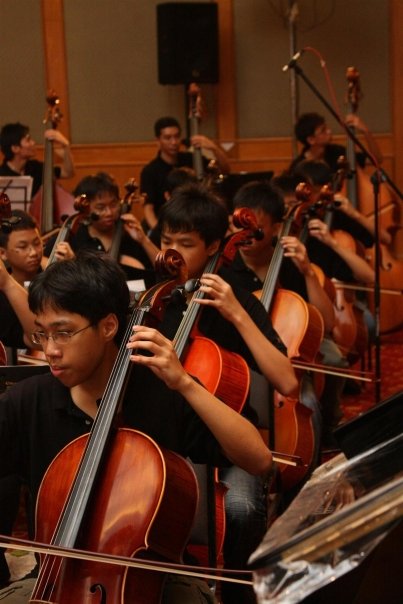 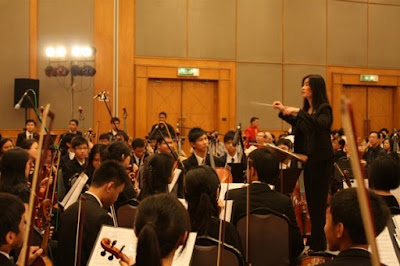 Joanna conducting both the choral group and the orchestra - a tough job definitely. I am amazed at her skills in being able to handle so many things at one go. 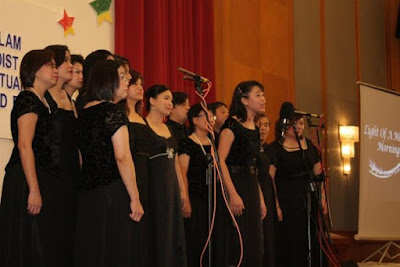 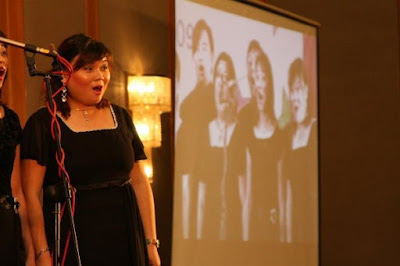 Sin Yun looking great in her gown intently singing her alto part in the second round of songs. 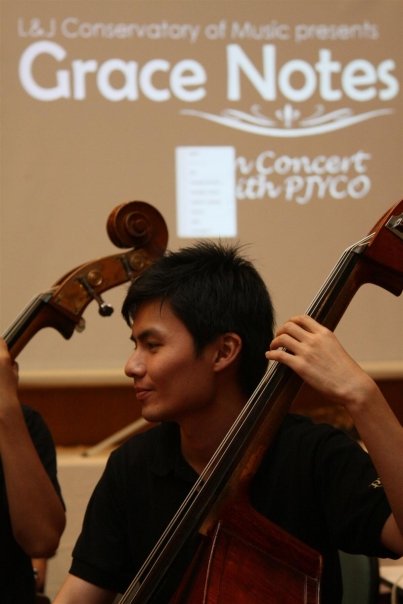 This is an excellent shot - too bad someone was meddling with the powerpoint settings. 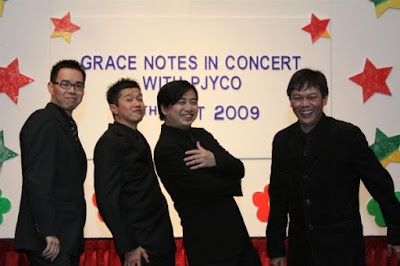 The boys (minus one tenor, my dad): Alex, Heng Yew, Boon Ho and Paul. All made up and face painted in face powder, rouge and lip gloss! Aren't they having so much fun? 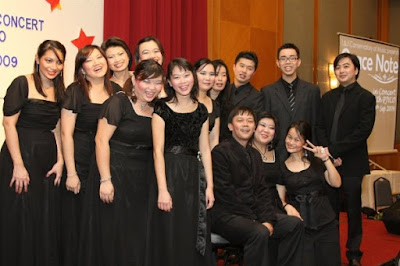 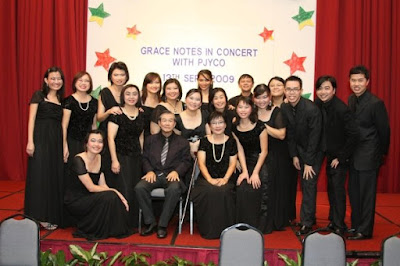 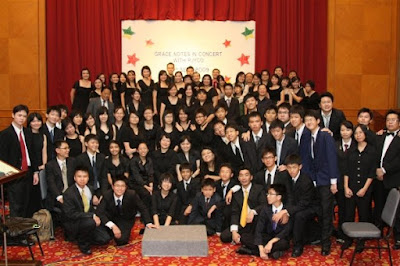