Media: their air, their food, their drink 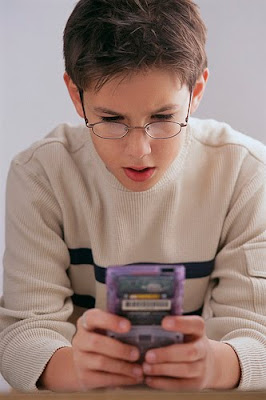 The Kaiser Family Foundation ran a survey in the US on media usage and found that kids between the age of 8 and 18 spent up to 7½ hours a day or more than 53 hours a week on entertainment media. And because they spend so much of that time 'media multitasking' (using more than one medium at a time), they actually manage to pack a total of 10 hours and 45 minutes worth of media content into those 7½ hours. Apparently, time spent watching television fell in favour of other forms of media, including listening to music, using the computer, video games and watching movies.

Dr. Michael Rich, a pediatrician at Children's Hospital Boston and director of the Center on Media and Child Health, told The New York Times that the media use of America's young people is so pervasive, it is time to stop arguing over whether this is positive or negative. Instead, he suggested that we should simply accept media as a constant part of children's environment, "like the air they breathe, the water they drink and the food they eat."

My 12-year old kid spends about 20 hours or so a week on the computer, and even that I find is too much. But I do realise that it is indeed his air, his food and his drink. So, what will become of this generation? I do not know - I bet our parents asked the same question and our generation came out fine.

But then again who's to say who's fine? We have our reservations on the Gen-Y now and I am sure we will have loads to comment on the behaviour of the Gen-M when they grow up and enter the employment market. It will be interesting to observe.