Movie: Catch Me If You Can 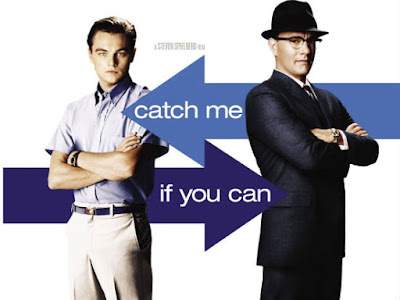 I watched several DVD movies today, and none of them as interesting as "Catch Me if You Can". It is based on a true story of "a former confidence trickster, cheque forger, skilled impostor, and escape artist. He became notorious in the 1960s for successfully passing US$2.5 million worth of meticulously forged checks across 26 countries over the course of five years, beginning when he was 16 years old. In the process, he claimed to have assumed no fewer than eight separate identities, successfully impersonated an airline pilot, a doctor, a Bureau of Prisons agent, and a lawyer. He escaped from police custody twice (once from a taxiing airliner and once from a US federal penitentiary), all before he was 21 years old."

It is very intriguing and to top it off, he is now a multi-millionaire providing legitimate consultancy services in security. Certainly gives a new perspective to the word "consultancy".