It has been awhile since I went for a photo shoot. Here are some which I have taken during the last trek I did with some friends in FRIM (Forest Research Institute Malaysia), a forest reserve near the city. 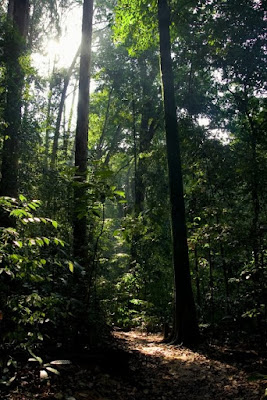 This is the highlight of FRIM. They are the Dryobalanops Aromatica trees, locally known as Pokok Kapur. They have a nice-smelling exudate known as camphor, one of the main component of making ointment. The phenomenon you see at the tree canopies is called "Crown Shyness". The reason for its name is because the leaf tips of the trees shy away from each other, hence forming the neatly lined gap. 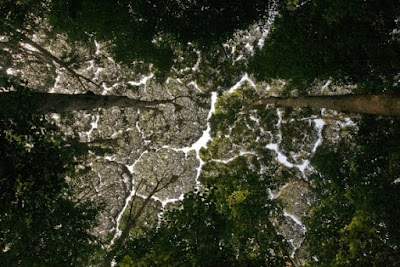 I took this at the waterfall. 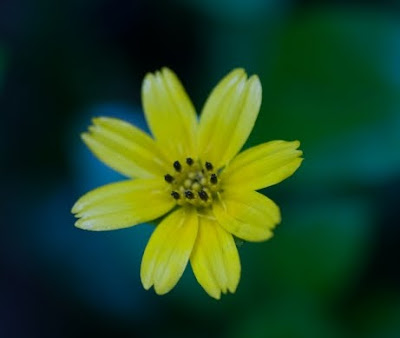 I had to stay very still so that this dragonfly won't fly away. In fact, it stayed there for quite a long time. 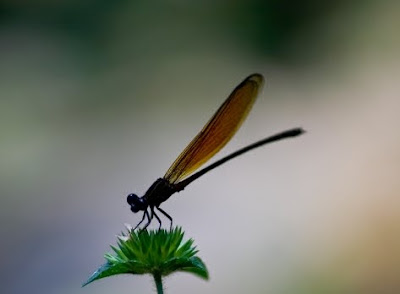 On the way down from the waterfall, this monkey was just by the side of the walkway. A couple of young adults were feeding it some biscuits. I had not packed my camera and took the closest shots I could with my 90mm. I was a bit worried because monkeys can choose to attack, especially if you've ran out of treats. Thankfully, it didn't. 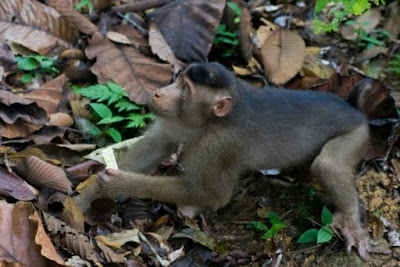 I also took some pictures of some very interesting people - I will post them here next round!