July 11, 2014
My good friends know that I used to buy print books like crazy. I buy books that attracted my attention and I buy them four or five at one go every time I visit the bookstore and I used to go there at least once a month.

I do that because whenever the book stores carry the titles that I needed or I thought I needed, I would grab them before they run out. If I don't I would never be able to buy them when I needed them. Most of the time however, I just wanted them.

The buying behaviour changed when I went electronic. Since the titles will always be there, I can wait and will only buy them when I need them.

Sometimes I come across good promotion deals that if I don't make use of them, they will expire. Therefore, I do find myself book binging at times, but still, it's not as bad as it was with print books.

As mentioned a couple of days ago, I am now reading Randy Alcorn's Heaven. It is an excellent book, and I am learning many new things. I like his writing style and he did quote some of his novels in the book and so I thought I might as well make use of the deals before they run out.

And so I bought two books today. And buying books electronically only takes two minutes, it's scary. I'm thankful they are not as pricey as print books, or I'll find myself as broke as I was in my book crazy days.

I got myself these two titles and I look forward to reading them. 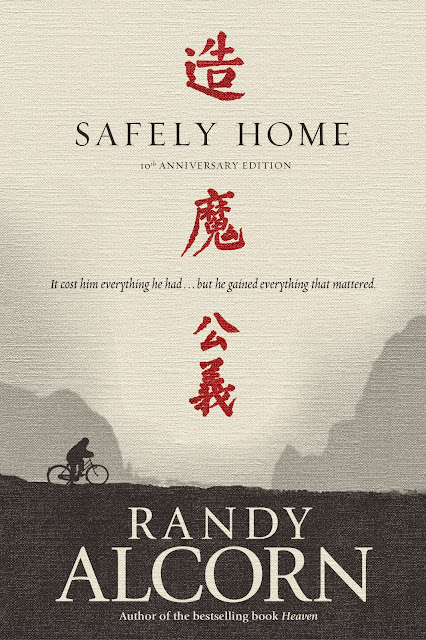 Safely Home
by Randy Alcorn
Is this the day I die? Li Quan asks himself this question daily, knowing that he might be killed for practicing his faith. American businessman Ben Fielding has no idea what his brilliant former college roommate is facing in China. He expects his old friend has fulfilled his dream of becoming a university professor. But when they are reunited in China after twenty years, both men are shocked at what they discover about each other. Thrown together in an hour of encroaching darkness, both must make choices that will determine not only the destinies of two men, but two families, two nations, and two worlds. 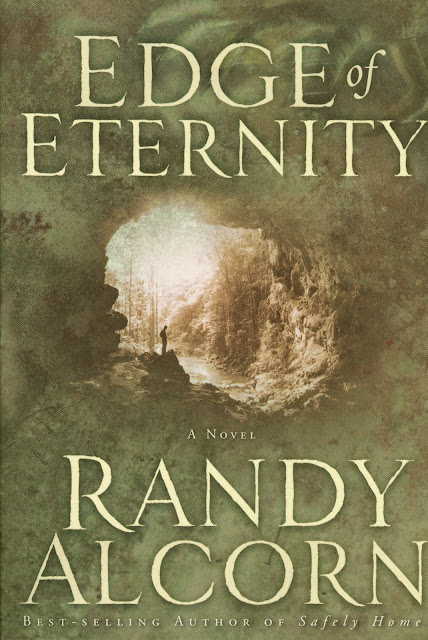 Edge of Eternity
by Randy Alcorn
Imagine Being Pulled Into the Hereafter. While You’re Still Alive.
A disillusioned business executive whose life has hit a dead-end, Nick Seagrave has lost loved ones to tragedy and his family to neglect. Now, at a point of great crisis, he unbelievably and inexplicably finds himself transported to what appears to be another world. Suddenly he’s confronted with profoundly clear views of his own past and personality. At the same time, he’s enabled to see, hear, taste, and smell the realities of both heaven and hell–realities that force him to face dangers and trials far greater than any he’s known before. Pitted against flying beasts, a monstrous web that threatens to hold him captive, an evil, brooding intelligence, and undeniable evidence of a spiritual world, Nick must finally consider the God he claims not to believe in. Walking between two worlds, Nick Seagrave prepares to make decisions that will change his life forever, as he stands on the Edge of Eternity.