I was in a Chinese wedding dinner this evening and we were served a suckling piglet.

I felt guilty looking at it. 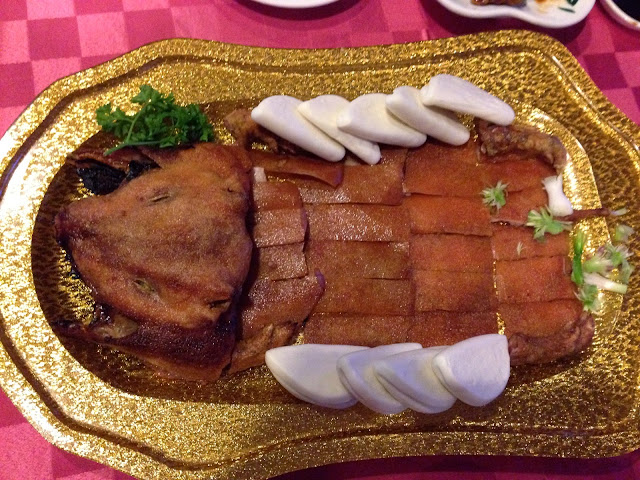 I felt guilty both for the piglet and myself: the poor piglet having to die to be food and me eating this fat laden food after all the gym-ing I've done.

But I felt more for the piglet.

I've seen chicken being slaughtered before, back in my school days when I watched my late grandmother slaughtering one. I was ok with it then.

And here I am eating one.

I found this interesting article: A day two pigs would die: ethical slaughter. And I began to wonder why God allow us to eat meat.

To eat meat means an animal has to die. The verse where God said meat can be eaten is found in Genesis 9:3, "Every moving thing that lives shall be food for you. And as I gave you the green plants, I give you everything."

This was after the flood in Noah's time. I had thought God said it right after the fall of Adam and Eve.

Why after the flood? The only logical thing I could think of is that with the flood destroying every plant on earth, the only food now available to eat are the animals. But there weren't many of them to begin with.

I don't see myself going vegetarian. But I'm certainly going to read up more on this.