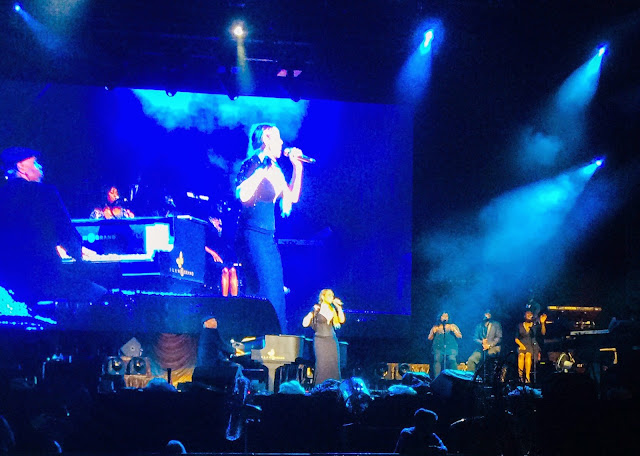 I was invited by a friend to Mariah Carey's concert today at Stadium Merdeka, Kuala Lumpur.

I was quite excited since this would be my first ever concert, but it was quite miserable. Oh, not Mariah, she gave quite a cool show but it was raining the whole two hours we were seated there.

It didn't matter we had VVIP second row tickets, the rain though not heavy was relentlessly pouring down on us. Though we were all clad in raincoats, they were thin and sticky; it was miserably chilly, damp and wet.

Mariah's show was alright. OK, I'm not a fan but it was still cool being able to go to a concert of a world-class performer. She does have a good voice and she does nice faultless perfect pitch rolls.

But I was just not in awe, like I was back in 2007 when I attended an awesome concert by The Trinity College Choir.

Or maybe it was just the rain.

Email ThisBlogThis!Share to TwitterShare to FacebookShare to Pinterest
Labels: Music/Songs/Poetry