We attended church service yesterday evening and spent the day today resting and relaxing at home--it is different and I am not used to it.

Anyway, yesterday's sermon was on Total Depravity. As an Arminian, I could agree with most that was preached, especially on the parts where we as human are total depraved, there is nothing good in us.

But as much as we are in ourselves unable to receive the gift of life, God enables and persuades us to receive him through his prevenient grace. Calvinist will accuse us of work righteousness, but where is works in the decision of receiving of a gift? The glory still resides with the giver, not the receiver.

I was conversing with a Calvinist to find out his stand and find that in general, the Calvinists I know usually do not really know who we are as Arminians, in the classical sense, they do not know what we stand for, and they do not read or find out what we actually believe in. Most of what they say of us are wrong most of the time. Which is sad. I feel that they should at least find out exactly what we believe before "attacking" us, the worst in labeling us Semi-Pelagians, which we are not.

I have read this article written by Roger E. Olson some time ago:
Don't Hate Me Because I'm Arminian
My Reformed friends sometimes treat me like the enemy, but actually we need each other.

Again I reiterate, we need to dialogue. We need to first study and read reliable sources of what we each are, sit down and discuss, not fight or argue or accuse.

I challenge you to read it--for Arminians or if you suspect you are one, you will get a deeper understanding of what you already know and correct some views as well. For Calvinists, you will at least know what we actually believe in. 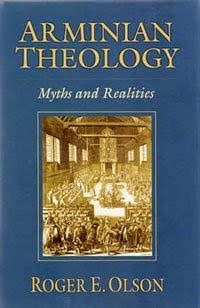 The 10 myths that Olson interacts with are:

1. Arminian Theology is the Opposite of Calvinist/Reformed Theology.
In reality, Jacob Arminius and most of his faithful followers fall into the broad understanding of the Reformed tradition; the common ground between Arminianism and Calvinism is significant.

3. Arminianism is not an Orthodox Evangelical Option.
In reality, Classical Arminian theology heartily affirms the fundamentals of Christian orthodoxy and promotes the hallmarks of evangelical Protestant faith; it is neither Arian
nor liberal.

5. Arminian Theology denies the Sovereignty of God.
In reality, Classical Arminianism interprets God's sovereignty and providence differently than Calvinism without in any way denying them; God is in charge of everything without controlling everything.

6. Arminiansism is a Human-Centered Theology.
In reality, an optimistic anthropology is alien to true Arminianism, which is thoroughly God-centered. Arminian theology confesses human depravity, including bondage of the will.

7. Arminianism is not a theology of Grace.
In reality, the material principle of classical Arminian thought is prevenient grace. All of salvation is wholly and entirely of God's grace.

8. Arminians do not believe in Predestination.
In reality, predestination is a biblical concept that classical Arminians accept, though they interpret it differently than Calvinists. Predestination is God's sovereign decree to elect believers inJesus Christ, and it includes God's foreknowledge
of those believers' faith.