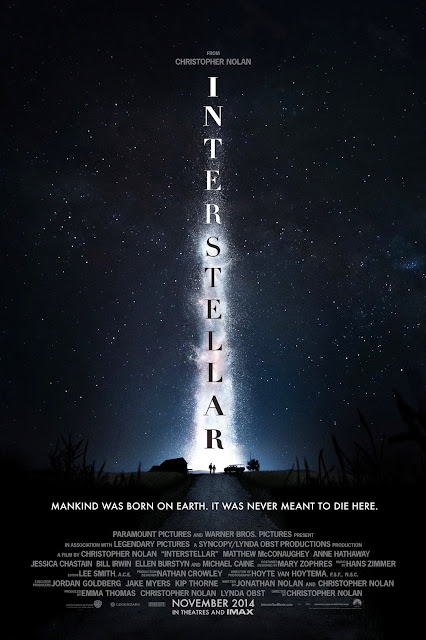 My hubby got home early this morning because his weekly golf game was a no-go as it was raining heavily. On a separate note, the fact it was raining this morning was really amusing to me because I actually told my colleagues yesterday that even though it is the raining season now, and even though it may rain in the mornings, it most probably will not. And it has to rain the very next, this morning! It is like God showing me who is God. Oops...

Anyway, my hubby got home early and suggested we go to the cinema and watch Interstellar. I'm glad we did--the movie was downright spectacular.

I did mention before that even though I am in the midst of two boys who are science fiction fans, and even if I don't mind it, I do not like it that much if it gets too technical.

But Interstellar has the people touch and the drama that really drew me into the story of the father and his daughter. I was so immersed in it and unlike most movies where I can mostly figure out what will happen next, this is one movie where I was held in anticipation right from the beginning as the plot unfolded itself.

However, talking about not liking it too technical, my hubby just related to me from an article where it was stated that Christopher Nolan had to dumb down the dialogue so that audiences will not get lost in the story! Well, I suppose this won him a larger mass of fans and positive reviews.

I am now a fan (and yes, I like it dumbed down) and this will definitely be one of those movies I will watch again and again.