The Depravity of Humanity. The Absolute Goodness of God 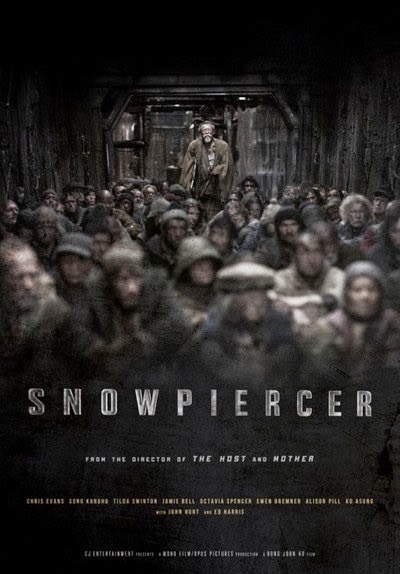 At the recommendation of my friend who likes to watch Korean and Tarantino-like violent movies, I watched Snowpiercer today. It's an English/Korean movie directed by a South Korean director with quite an impressive list of actors, namely Chris Evans, John Hurt, Tilda Swinton and Octavia Spencer.

It is about a climate change experiment gone bad that plunged the whole world back into Ice Age. Before it happened though, a billionaire built a self-sustaining bullet train and train tracks that goes round the world. The only people who survived were those in the train and the story was about life in that train 17 years after the catastrophe.

There exist in the train a class system with the rich and privileged at the front and the poor at the back, living in conditiona like a ghetto, but worse with the front controlling the back, and the back being violently forced to succumb to the front. Soon they began planning a revolt to get to the front to take control of the train.

Whilst for most part it does seem impossible for the train to run and for the tracks to sustain unattended for 17 years, it was still very interesting to watch human behaviours in such a condition.

The billionaire who built and controls the train is revered like a god and his appointed people ruled the train like sovereigns. The people are what they called "preordained" in their places - the privileged at the front and the lowly at the back. And so it is, nothing can be changed. Even though there is enough to be shared, the poor is preordained to suffer and die. (Sound familiar?)

I found it quite intriguing a movie as it raises many questions about humanity and power.

I am absolutely grateful and thankful that God is loving and kind to all. He "desires all people to be saved and to come to the knowledge of the truth" (1 Tim 2:4) and "The Lord is not slow to fulfill his promise as some count slowness, but is patient toward you, not wishing that any should perish, but that all should reach repentance." (2 Pet 3:9)