Book Reviews: A Wrinkle In Time & The Art of Biblical Prayer 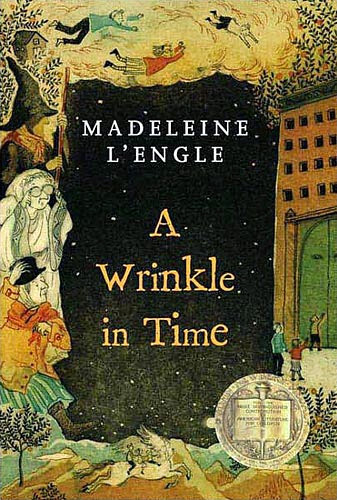 A Wrinkle in Time
by Madeleine L'Engle

After closing off 2014 with a good number of books I read, I thought I'd find something light but interesting to begin 2015 with and found A Wrinkle in Time by Madeleine L'Engle. I knew it to be a children's book but L'Engle did say "because it deals overtly with the problem of evil, and it was really difficult for children, and was it a children's or an adults' book, anyhow?"1

It was indeed a good and entertaining read. I did say once that I find it a bit harder to read science fiction because it takes too much effort to imagine scenes to my satisfaction but it was alright with this one.

The plot is about a family of geniuses. It was quite fun reading the dialogs of a five year old genius with his elder sister. The father did not come home one day and soon it was five years since he disappeared. The two children soon found themselves traveling through space and time looking for him, through the tesserect.

I first got to know about the tesseract from The Avengers as an ancient Asgardian artifact of unimaginable power. Now that I see it again in this book, I began to check it out. Anyway, to make it simple, the tesseract is to the cube as the cube is to the square.2

L'Engle is a Christian writer and in comparison with C.S. Lewis, she is more explicit with it. She quotes Scripture verses in this book but I find it quite odd for alien beings to quote the Bible. 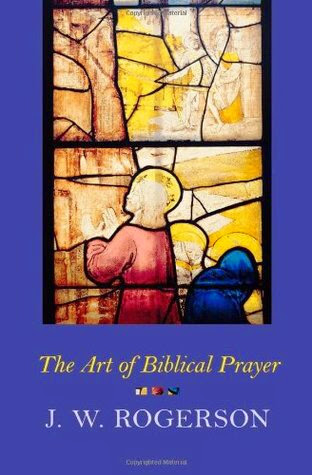 The Art of Biblical Prayer
by J.W. Rogerson

In my so-called New Year resolution to grow in my prayer life, I found this book, The Art of Biblical Prayer by J.W. Rogerson, through this review and bought a copy. It's not long, I finished it within the day.

It was an okay read. I agree with some of his points, learnt a few things which did change my thoughts a bit with one that will get me into thinking about it further but I disagree with some of his biblical interpretations and theology, the main one being his take on the Old Testament narratives.

I did not see that coming. I was aware that he is an Anglican and I will surely have some issues with his theology, but I did not expect this. To me, the people especially the patriarchs were historical figures and they were historical situations that actually happened.

What I liked about the book however, was his chapter.on petitions and supplication prayer, which I found very helpful and would benefit with another reading of it.

And what I found interesting was his inclusion of prayers for the dead, which is new to me and which I thought should not be part of our daily prayers. I still don't, he is reluctant, but I found it most interesting and should deserve some serious thoughts. He said, "If it was our practice to pray for our family and friends while they were alive, why should we stop once they die? If, during their lifetime, we commended them to a loving God, why should we not do so if we believe them to have entered God’s nearer presence?"

This book did not really satisfy me in my search for a good book on prayer. Maybe I should read D.A. Carson's A Call to Spiritual Reformation again though I don't have the electronic copy, which will be a drag. Brother Lawrence's The Practice of the Presence of God may also be a good idea since I'm one who finds out extremely hard to have a fixed scheduled time for prayer.

Do you have any good books on prayer you can recommend me?