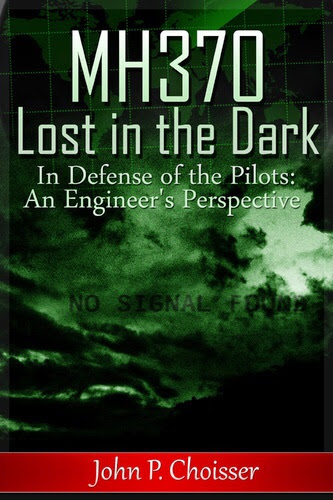 Malaysia Flight MH370 - Lost in the Dark: In Defense of the Pilots: An Engineer's Perspective
by John P. Choisser

I was looking for a book to read yesterday after finishing a book that took me too long to finish and I came across this book on the recent disappearance of flight MH370. I did some research and found two other titles, one conjectured that it was pilot suicide while the other said it was a test missile failure cover up. That was when I decided to get this volume by Choisser - solely because the author presented what he thinks has happened based on actual facts and stated assumptions.

It was a short read with less than a hundred pages. He started by providing some facts about the B777, he addressed some possibilities especially those mentioned in the media and what he thought of them, and then he presented what he thought could have happened. And it is indeed very plausible.

After the short MH370 read, I wanted another one. I tried a few titles but found them a tad too perky after Choisser's MH370. I thought to myself, would there be another book on recent disasters...and found Tower Stories, a tome of oral accounts of the epitome of all disasters. 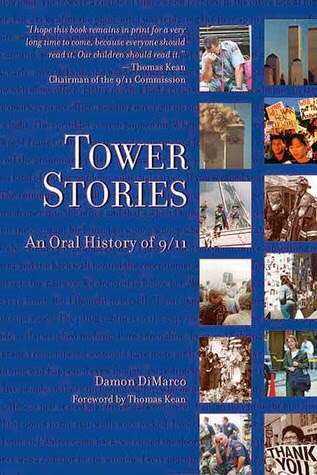 Tower Stories: An Oral History of 9/11
by Damon DiMarco

I was glued to this volume of 528 pages. I read two thirds of it in just one sitting and finished it this evening. DiMarco interviewed different sets of people right after the disaster and caught up with some of them again several years down the line for an update that was also included in this volume.

He segregated them into 4 groups:
1. At the Towers - first person accounts of the survivors from the towers
2. Outside the Towers - spectators as well as surviving victims from the surrounding areas
3. Ground Zero and the Volunteers - stories from the surviving police officers, firefighters and paramedics including a very good story about this lady who just got herself into Ground Zero and inadvertently became in-charge of the survival center
4. The Aftermath - stories from relatives and friends of the victims of the towers

It was a long read and I had a bitter sweet feeling after reading it. The pain and the grief it all caused was just uncalled for and yet it happened. I may be thousands of miles away but I still remember where I was and what I was doing when it happened. And even though it was more than 10 years ago and I can still remember how I felt, what more those who were there.