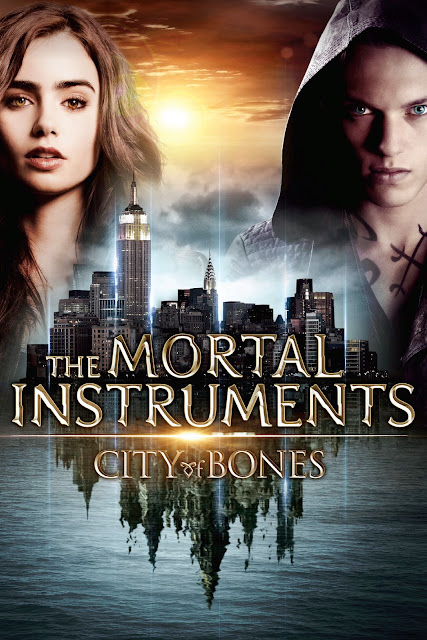 The Mortal Instruments, City of Bones (2013)

Just like this review here, I was reluctant to give this movie a review but it was so bad that it was actually memorable. It started off promising but soon I was terribly bored. And the dialogue is basically horrible, laughable in fact.

But what I find really amusing about the movie was how it picked up ideas from all over the place.

I noticed it when the protagonist was brought into the infirmary, and I went, "Hey, isn't that the infirmary in Hogwarts?" She then went into the head of the institute's office that looks like Dumbledore's. Humans here, as opposed to the half-angelic beings are called mundanes. Oh, not muggles? There is even a Harry-Ron-Hermione three-some...seriously. And there are crows in place of owls and even dementors. Halfway through, you get to see vampires and werewolves, and the scene at the spiral stairs is just like Edward and Bella's in the forest. Then there's the watery circular gate to other worlds, and that's from Stargate. There is one scene just like the lighted garden in Avatar. And the scene that took the crowning glory was the Star Wars I'm-your-father-and-you-are-brother-and-sister scene close to the end of the movie.

This is just too much. What happened to originality?