Book Review: The Curious Incident of the Dog in the Night-Time

I find it so different for me now when I go hunting for my next read. I used to go at least once a month to the bookstore and spend hours strolling along the aisles checking out books that might interest me. And I'd be buying loads at a time but most of them will end up sitting on my shelves unread.

But now I check out books in the Recommended section in Goodreads.com and buy them as I read them, though multiple promotion codes would put me in a buying spree.

I would sometimes unknowingly end up with children's books. This does not happen in the bookstore because I obviously will not be found at the children's section. But it happens now that there are no children's sections to avoid. And so far, this is the second time it has happened, but it's a good book. 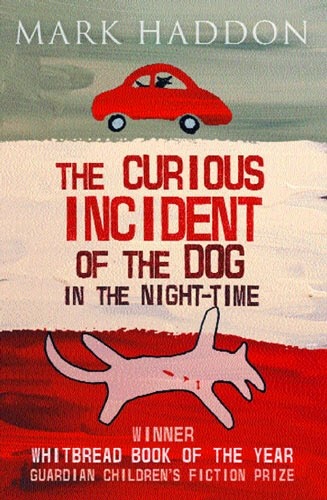 This is a story about Christopher, a 15-year old boy who most probably has autism or Asperger's Syndrome - it's not mentioned in the book.

It is written like a journal, which started when his neighbour's dog was found dead after being stabbed with a garden fork. He decided to investigate the murder and began to uncover the mystery and secrets he had no idea he was in.

The book was honest and simple, though it can also be complicated. And it is interesting to read a story from the perspective of an autistic individual. Things that are simple to us are complicated to him and vice versa, things that are simple to him are complicated to us. I didn't understand any of the maths in the book! And they are the tough kind. Christopher do explain the maths but I just quickly scanned through those sections.

But one thing it brings out clearly is our human need to be trusted by others and what it takes to build that in us so that others will trust us and not have them betray us.

Trust -- it's a tough thing. It's so difficult to build but so easy to lose. And once it's gone, it would take much, much more to have it rebuilt, if it can be rebuilt.