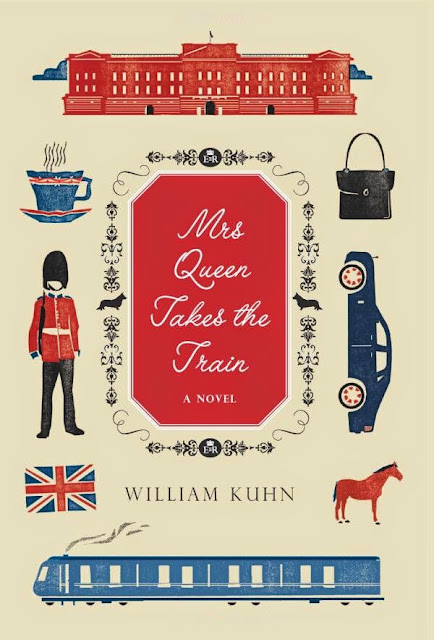 Mrs Queen Takes the Train, A Novel
by William Kuhn

I really enjoyed reading this book. It is very well written, witty and some parts were really funny and comical.

As much as we will never know what the Queen is really like privately, it is very entertaining to read what she could have thought, felt and behaved.

The story is about the Queen reminiscing poignantly about the past making her feel a bit sad and even depressed. As such she made an impromptu decision to leave the palace on her own with an intention to visit her former royal yacht, the Britannia, now moored in Edinburgh.

Her disappearance caused much alarm in her royal attendants who tried to figure out where she might have gone. A lady-in-waiting and a dresser, a butler and an equerry, a girl from the stable and a clerk from a cheese shop all set out in pairs to go look for the Queen.

It's a delightful look into the lives off the different characters, particularly the Queen who for the first time encountered life in the ordinary.

But the book is a bit confusing at times, as it jumps all over the place in its perspective of time. I had to turn back to re-read several times because I got lost in the progress of the story. It could have been better.