God has given us the signs of the days to come 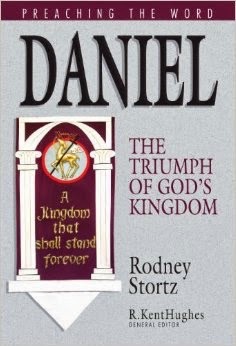 Daniel: The Triumph of God's Kingdom
by Rodney Stortz

I started this book on 1 March and commented that I wasn't too happy with it. But now that I have completed the book, I gave it four stars out of five in Goodreads.com.

I have not been much into the prophetic portions in the Bible, finding it hard to understand with my limited exposure to that genre. But this book has opened the door for me.

Stortz has convinced me that I need to spend time studying it closely. He contends that God has revealed the future to us, albeit not in clear statements. But he has spoken about it and it is our duty to read and study it so that when the signs are before us, we will be aware that the end is near and the beginning is here.

I must say I didn't understand much of the second portion of Stortz's book, which means I will be spending more time with it.