The Emperor of All Maladies, A Biography of Cancer 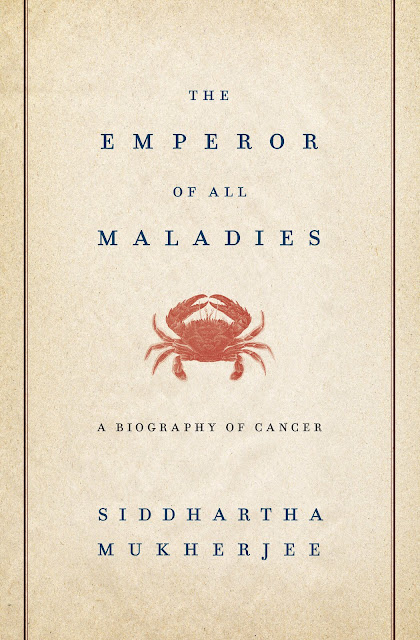 The Emperor of All Maladies, A Biography of Cancer
by Siddhartha Mukherjee

I read this book in January 2013. I noticed back then that more and more people around me were getting cancer, and I wanted to know more about it.

I found this book, bought a copy and dug in. It was not an easy read. It gets technical at times and the book is thick. But it is a good book.

Two and a half years down the line, the number of people contracting the disease has not abated. I myself is getting a little paranoid as well.

Mukherjee begins the book with this:

In 2010, about six hundred thousand Americans, and more than 7 million humans around the world, will die of cancer. In the United States, one in three women and one in two men will develop cancer during their lifetime. A quarter of all American deaths, and about 15 percent of all deaths worldwide, will be attributed to cancer. In some nations, cancer will surpass heart disease to become the most common cause of death.

In Malaysia, the ratio is one in four, though I was told that for Malaysian Chinese, it can be as bad as one in three.

I'm thinking, in looking for a book to read, I might just reread this one.