My husband was once a Scrabble aficionado and he used to play everyday in the office with his colleagues during break time. I didn't play it as much, only every now and then. But we have not played it in years.

We were watching the movie Still Alice a couple of weeks ago. The mother and daughter in the movie were playing Zynga's Words With Friends. And we thought it might be interesting to pick it up again with each other and this time digitally.

So we began. It's a good app and I like the experience. There is no rush to it and you play as and when you feel like it, though my husband kept pushing me to play when my turn comes.

And I lost the first game. It was frustrating! Grrh!!! 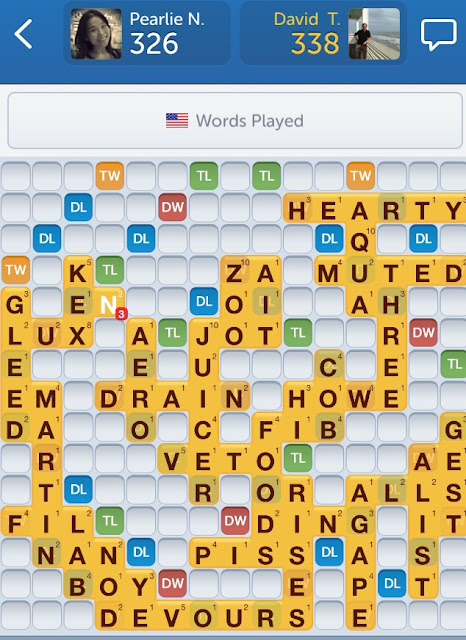 And we completed two games today, played simultaneously and I won both! Yay!!! 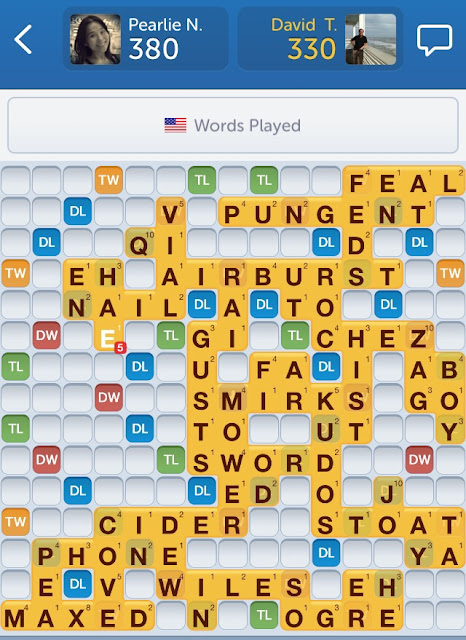 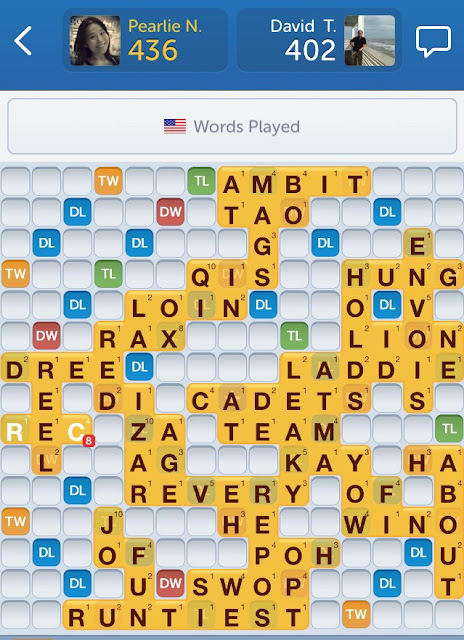 Next game dear? And as the game says, may the best friend win ;)