Things have certainly changed since I was last active in the kitchen. Anyway, it's not that I've stopped cooking. I've just stopped experimenting and being creative, and as a result I cook only when I have to. But I've definitely stopped baking.
Now that I'm getting myself back into the kitchen. I'm beginning to update myself both in kitchen gadgets and technological tools as well.
Back then, I was in love with this app called the PDACookbook Plus. Looking at this screenshot certainly bring back many good memories. I was collecting recipes then by printing them out and filing them. But I soon moved onto a digital manager with this app in my Palm devices and found it really useful. Well, I've moved on from my PDAs a long time ago and this app is no longer being supported. I found out though that they have a new app called the PDACookbook LIVE, but with a high price tag of $11.99. 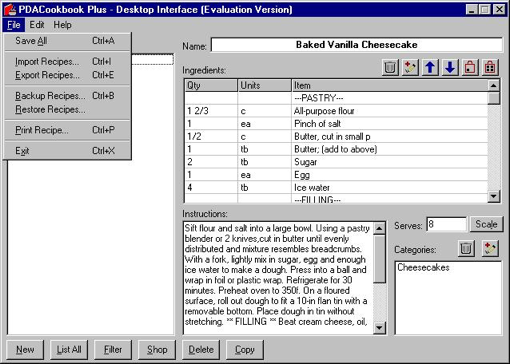 I have gotten this app instead, the Paprika Recipe Manager, for $4.99. I have been filling it with recipes in the last couple of hours and here's a screenshot of it. I have not used it in the kitchen yet. I was using the free ChefTap but I was having problems when I want to clip recipes from the web. I must say though that when it works, it actually works better than Paprika. But I'm liking it a lot, what more with the plethora of recipes now available online. It's like having a cookbook with the most gorgeous looking food. 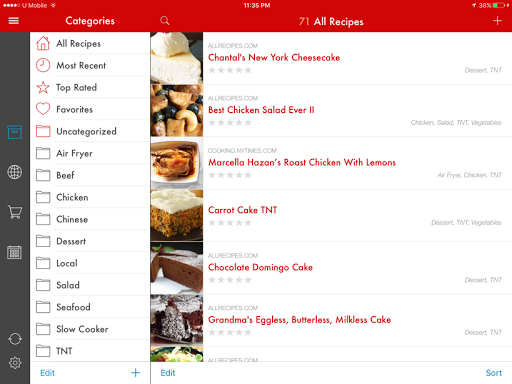 Looking again at my TNT (tried-and-true) recipes, I am certainly feeling motivated again to make them. I'm off to the kitchen now to roast some chicken wings.
pearlie
at February 15, 2016