What's so bad about "processed food"? 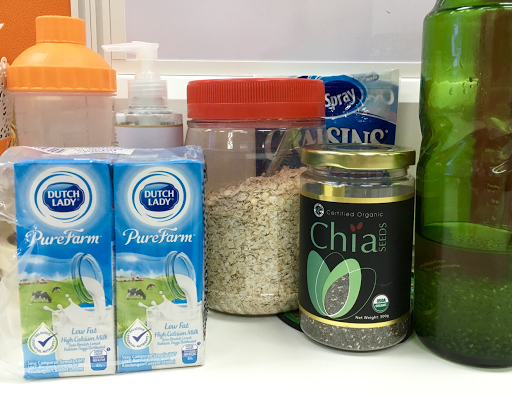 This is what I have for breakfast every weekday in the office: lowfat milk (which I must say that the packs have reduced in size!) with oatmeal and a spoonful of chia seeds.

A colleague came by a few days ago and remarked that I should not be taking instant oats, that processed food isn't good and that I should get rolled oats instead. Then someone mentioned steel-cut oats and both of them went off with their oats discussion.

I did not join in because I had no idea what steel what cut was. I was not even sure I heard it right. So I let them carry on.

In the next few days, when I made my simple but satisfying breakfast, I kept thinking I should not be eating "instant" food and that I should go get a bag of rolled oats instead, which I just did.

I have recently been trying to stay away from processed food and trying to get back to cooking. I have been stopping my son from getting frozen meals from the supermarket. He did ask why and I said that because they are processed. And he replied, all foods are processed and so what's the problem.

Now with my oatmeal dilemma, I am beginning to suspect that he may be right.

I found out from this webpage what the different oats are:

Steel-cut oats, also referred to as Irish or Scottish oats, this variety is made when the whole groat is cut into several pieces, rather than rolled. Steel-cut oats look almost like rice that's been cut into pieces. This variety takes the longest to cook, and has a toothsome, chewy texture that retains much of its shape even after cooking.

Rolled oats, also called old-fashioned or whole oats, rolled oats look like flat, irregularly round, slightly textured discs. When processed, the whole grains of oats are first steamed to make them soft and pliable, then pressed to flatten them.

Instant oats, also referred to as quick oats, instant oats are the most processed of the three oat varieties. They are pre-cooked, dried, and then rolled and pressed slightly thinner than rolled oats. They cook more quickly than steel-cut or rolled oats, but retain less of their texture, and often cook up mushy.

And the best is this, "steel-cut, rolled, and instant oats all have the same nutritional profile since they're all made from whole oat groats."

So I am sticking on with my instant oats. With milk and chia seeds, it's convenient and it tastes so yummy.

In response to my son though, I will still be more careful with instant dinners and instant food. I suppose we need to understand and find out what we are actually eating. We do not need to give them all up - everything in moderation.

And I found this article "What’s so bad about ‘processed food’?", which I agree with. Calling food processed food is oversimplifying. The food that we cook at home is after all processed as well. And rolled oats for that matter, is processed with it being steamed and then rolled.
The conclusion is what the writer says, "There are, of course, crappy processed foods: the ones with too much sugar or the wrong kinds of fats or which get finished in the deep fat fryer. But even then, they’re only bad if eaten too regularly. Tricky thing, discourse. But surely we’re smart enough to use language properly? Surely we can debate without oversimplifying?"

Email ThisBlogThis!Share to TwitterShare to FacebookShare to Pinterest
Labels: Food