How I regretfully got hooked into a Korean drama 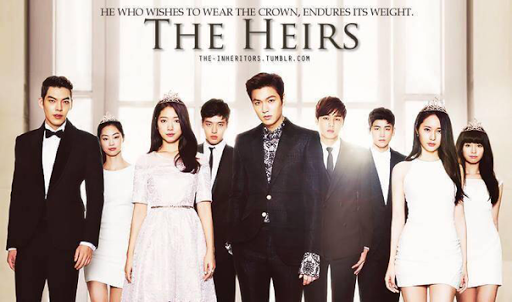 I have never watched any Korean serial dramas before.

My niece was in our house last night waiting for her father to come pick her up. And while she waited, I let her choose what she'd like to watch on TV to pass the time.

She chose The Heirs, a story about friendship, rivalries and love lives of a group of rich heirs as well as a few of the poorer sort. It's like Romeo and Juliet to a certain extent but with a much happier ending.

What happened next was that we were both stuck to the couch for three whole hours watching three episodes before my brother finally arrived to get her.

And lo and behold, I got hooked. I know I will be wasting an additional 17 hours to complete the 20-episode long series.

I watched three or four more episodes more even though I told myself that I will not be watching it anymore.

I ended up watching all of it, much to my dismay and regret.

It was a total waste of time although I enjoyed it, you know, like eating the whole box of decadent chocolate in one sitting. It tasted awesome but you know you shouldn't have done it.

And one thing I notice about this Korean drama, I'm not sure if it's the same with the others, it seems to stretch the dramatic scenes a bit too long. Something dramatic would happen and the characters would stare at each other or be frozen in that scene for at least ten or fifteen seconds. They might be doing that to intensify the drama but I find it doesn't make much sense. For two to three seconds yes, but any more than that, it's an overkill.

But some of the characters did grow on me. Maybe that is why I got hooked.

I better not try watching another Korean drama.