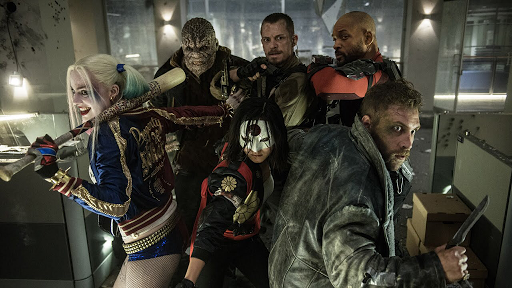 My colleague and I went and watched Suicide Squad this evening. I watched the trailer when I was at the cinema for the Star Trek movie and it was sensational. I was looking forward to it in spite the fact that its Rotten Tomatoes score was only 31%. It has since dropped to 27%. Well, from my title of this post you'd know that I was much disappointed. I had expected too much out of it.
Warning: some spoilers ahead.
For one, the plot was extremely thin. It had too many repetitions. It played back too much and they kept repeating scenes. The initial build up was boring. The middle was boring and the ending was just ok. And why in the world would anyone want to work with a magical being or sorceress you very well know you can't control, I have no idea.
I did not at all feel engaged in the movie. I felt I was watching from outside. I saw the props of the movie as props. I really wasn't in it.
And the close out of the movie was not exciting at all. They all willingly went back into jail? Come on. They are villains after all, let's see them kickass in the end. Batman can still catch them again.
About the characters, I feel they have too many to introduce all at once, unlike the Marvel series where we got introduced to them movie by movie before they put them all together. I could only get Deadshot. And there should be a bit more of Harley Quinn who is the only one who brought some colour to the squad.
All in all, the movie should be darker and a little bit more artsy and mysterious.
pearlie
Movies