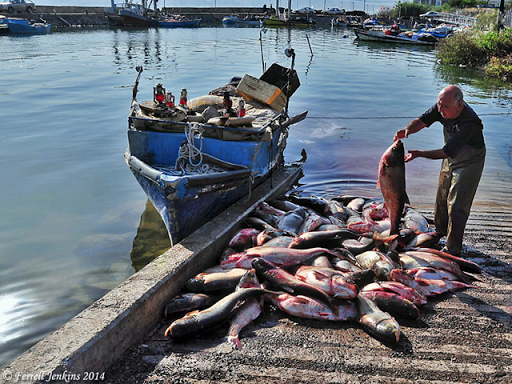 Today's sermon is from John 21:1-12. Rev Wong Fong Yang gave a good exposition of the passage and I learnt a lot.
This was the third time Jesus appeared to the disciples after his resurrection and I see now that the context of his appearances were pregnant with meaning.
The first appearance was when the disciples were so afraid of being arrested that they gathered behind locked doors. Jesus appeared before them to help them overcome their fears.
The second appearance was when Thomas was around and he showed them that he had indeed been resurrected, he is alive.
His third appearance was by the shores of the Sea of Galilee. Pastor Wong cross referenced it to Luke 5:1-11, where Jesus first called them to be fishers of men. In both events, they were fishing the whole night and there were no fishes, not a single catch. And in both cases, Jesus asked them to lower their nets and they caught a whole lot of them.
This looks like an intentional reaffirmation of the call of the disciples to be fishers of men of the resurrected Christ. They are not to be afraid, but believe in the resurrected Jesus and be fishers of men to spread the good news of eternal life.
And there was so much fish and large ones too. Jesus is the resourceful one and he will provide for his own work to be accomplished. We do not have anything, but he he everything.
His call remained unchanged and we are still called to evangelize and bring people to the kingdom of God.
pearlie
at October 09, 2016

Email ThisBlogThis!Share to TwitterShare to FacebookShare to Pinterest
Labels: Sermon, The Gospel