I am shamelessly addicted

I am so addicted to iflix at the moment I am getting worried. Gone are the days where TV programmes were programmed, that is you watch them by the episode at its fixed day and time by the week.
But these days, you can practically watched them by the season by the day!
I did say once that I better not try watching another Korean drama, but God help me, I'm now shamelessly addicted to them.

Flower Boys Next Door
I like the actress and started watching this series and I got "stuck" to it right from the first episode. The actor Yoon Shi-yoon is simply too adorable for words - like a cute but handsome puppy jumping and prancing about wherever he goes. I only found the other guy so sappy that all I wanted to do is to skipped all his scenes. And I find that there is so much shouting going on too that I swiped to avoid those scenes. The shouting distressed me. 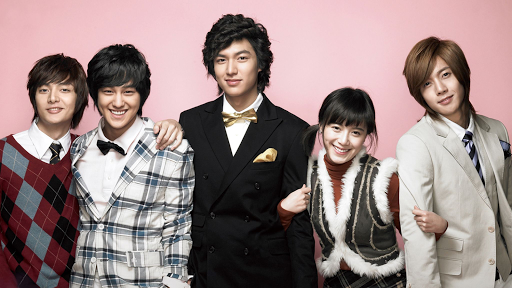 Boys Over Flowers
I still haven't figured what it is with boys and flowers, but I tried watching this one being the most popular Korean series in iflix. Again, there is a lot of loud dialogue and shouting. What is it with Korean dramas? I have watched 4 episodes but I am not sure if I will stick on with this one. Too much drama for me. And what is it with these rich boys literally dragging girls behind them when they take the girls by the hand. 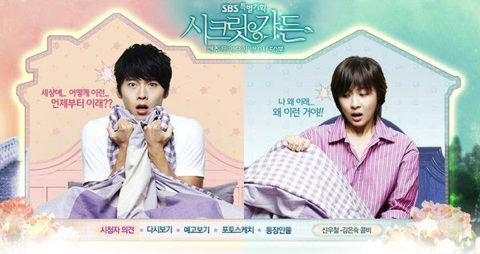 Secret Garden
My friend started recommending me more Korean dramas today when I told her how I got sucked into it and she mentioned a few I should watch. I don't think she really recommended this one per se, but what attracted me to it was her comment that this one is a crazy one, and I thought if it can be as crazy as Flower Boys Next Door, then it will be fun to watch. I have watched 2 episodes so far and it seems promising. But again, there is so much loud dialogue and shouting, as well as a rich kid dragging a poor girl behind him when he takes her hand. I hope that will lessen as I continue watching it but I have a feeling it wouldn't.
pearlie
at October 11, 2016