What I finally learnt from the parable of the lost sons

I attended the covenant group meeting in church yesterday and it was a very good session.

We watched a video by Timothy Keller and it was a very well done video. In telling the story, he used the metaphor of  dinner table with two chairs on each end, one representing the younger son and the other the older son. It was very effective. 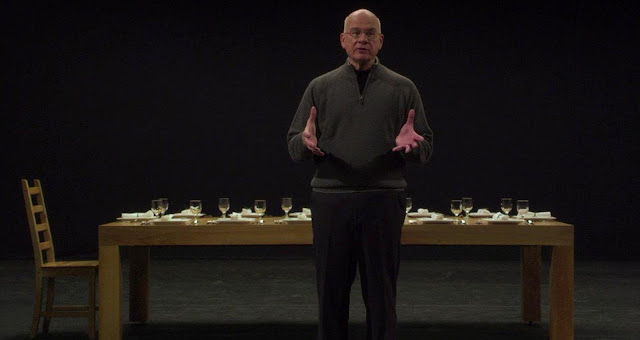 The session lasted quite long, but we weren't able to discuss all the questions in the workbook. But when we were asked what new things we learnt while watching the video, it was this for me:
I have been trained to read passages in the bible contextually, to read them in context with the entire passage, the entire section, the entire book.

I did not see it then but when Keller brought the three parables of Jesus together, it was a new lesson I learnt. He highlighted that in the first two parables, when the shepherd lost a sheep and the woman lost a coin, they both actively went out to search for them and when they found their lost item, they celebrated and rejoiced.

But when the younger son was lost, no one went looking for him. The person who were suppose to go was the elder brother. That elder brother, who represented the Pharisees and the Teachers of the Law in Jesus's audience, and probably most of us, only cared for the things he was entitled to, not the heart of the father.

But we have one true Elder Brother, Jesus, who not only went out to look for us, the younger brothers, he gave up everything including his life to come for us.

Email ThisBlogThis!Share to TwitterShare to FacebookShare to Pinterest
Labels: BibleStudy, CG, The Gospel