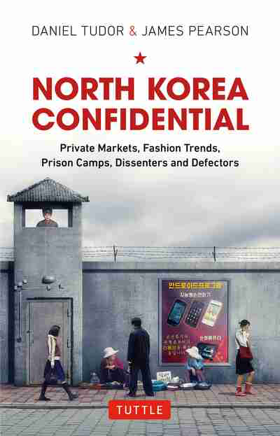 North Korea Confidential: Private Markets, Fashion Trends, Prison Camps, Dissenters and Defectors
by Daniel Tudor and James Pearson
I have read a few books related to North Korea and with that you can say that I am quite intrigued by this mysterious and fascinating country. And so when I found this book written by Daniel Tudor, who is The Economist's Korea Correspondent, I quickly grabbed a copy.
It is an interesting read, and it proposes that the lives of North Koreans is not quite what the usual reports or news make them out to be, even more so since the recent devastating famine of the 1990s which became a catalyst for change, with black markets for skinny jeans, homemade beer, DVDs and USB sticks for foreign movies and TV shows, computers and such.
North Koreans may know more than you think they do and most no longer believe that South Koreans are worse off than them, but are in fact living lives far beyond what they can imagine.
The authors conclude that, "the most likely scenario for North Korea in the short and medium term is the gradual opening of the country under the rule of the current regime. But North Korea, this profit-driven, feudalistic, traditional Korean “socialist paradise,” has long had the power to surprise. No-one really knows what the North Korea of 10 or 20 years hence will look like. In the meantime, we continue to watch with a mixture of frustration and hope."
If you are curious like me about this country, this is a highly recommended read; the best by far.
pearlie
at May 04, 2017