I have not gone to the cinema for quite awhile now and my good friend Wee Yin who recommends me loads of Korean movies to watch suggested we go to the cinema to watch one.
And I immediately thought it was a splendid idea.
But she said we will need to wait for a Korean movie festival. So I tried checking out what's in the cinemas, and there is indeed one Korean movie showing.
Fabricated City (2017) 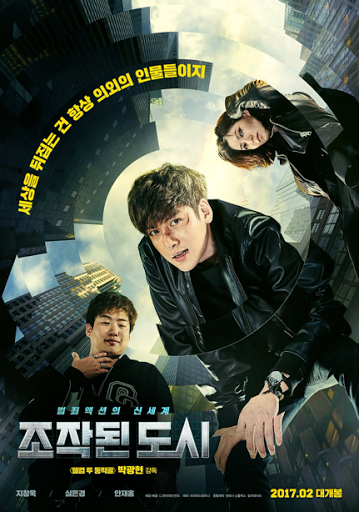 So we went and watched it today, and I must say, it was quite good. Predictable but good nonetheless.
It was a tad too violent for me but I really love the action, the humour, the emotions, the car chase and especially this one drifting scene which was awesome. There is however, one ridiculous car scene that does not make sense.
And I found this review of the movie by Rob Hunter very well written: 'Fabricated City' Livens Up a Familiar Plot With Stylish Action and Dramatic Brutality. Compared to another review I read, I find Hunter knows the Korean movie genre pretty well.
The movie shows reality as it is, dark and real, very much like most good Korean movies do. Hunter says, the protagonist "Kwon Yu's time in prison is rough — he’s beaten on a regular basis, and after tangling with a resident gang leader named Ma he also finds himself sexually assaulted. This is no Tom Selleck in An Innocent Man where he comes close to being raped but narrowly avoids it — Kwon Yu is not so lucky — and his spiral of despair leads him to attempt suicide by chewing at his own wrists. It does not dodge the darkness."
Well, except that I found the level of technology portrayed in the movie a little too far fetched, or is it not?
pearlie
at May 01, 2017