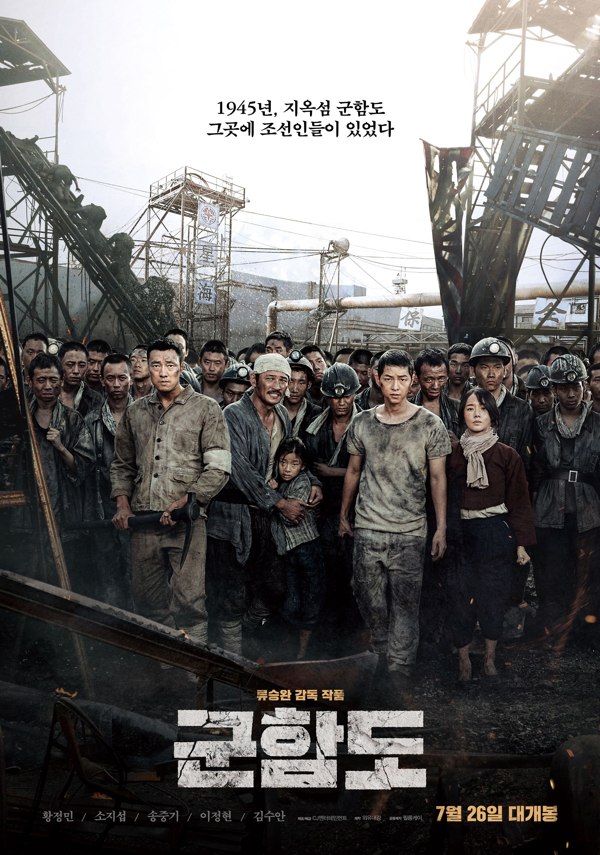 Battleship Island (2017)
I watched this with my good friend Wee Yin today and it was a good and rare movie treat, since I don't often go to the cinemas.
It is a historical fiction about a forced labour camp in Hashima Island during the Japanese occupation period where Korean men were conscripted to work in a coal mine and women were used to "service" the Japanese men.
The movie was about 2 hours in length and a star studded one as well with Hwang Jung Min, So Ji Sub and Song Joong Ki, not forgetting the excellent 11-year old Kim Soo An. She and Hwang Jung Min, I must say, stole the entire show.
The movie was good but as how a reviewer has put it, which I totally agree, it is "technically accomplished, (but) narratively impoverished." (Justin Lowe, The Hollywood Reporter)
There are parts where it is hard to watch but the scenes were very well done and executed. However, I find the plot a bit too choppy in the middle and the characters not well-developed enough. I suppose it would be hard to find enough time to develop three main characters from the three heavy weight actors.
And about the heroes of the firm, what Wee Yin says about Korean movies was what the RogerEbert reviewer said very aptly, "The heroes of this film are, in other words, selfish, but never in a venal, or ugly way. They're human, and they do what they must to face each successive challenge they're confronted with...They are not heroes, just survivors."
The decisions and action of these characters are not what heroes are expected to do, and in this sense it does portray more a reality of what mankind really is, and it's not the ideal.
The hardest scene for me to watch was the final part when the Japanese soldiers began to just fire to kill the Korean women, teenagers and injured men, who were merely just trying to escape. It was merciless.
We all have our versions of dark history. It is necessary to tell them so that those who have not experienced it in their lifetime will still know it and learn from it not to repeat it.
The heart is deceitful above all things, and desperately sick; who can understand it?
~ Jeremiah 17:9
pearlie
at August 19, 2017