September 16, 2017
I was recommended the Korean movie Miss Granny and since I'm in a movie mood today, I decided to watch it.
And I loved it! Very, very much. 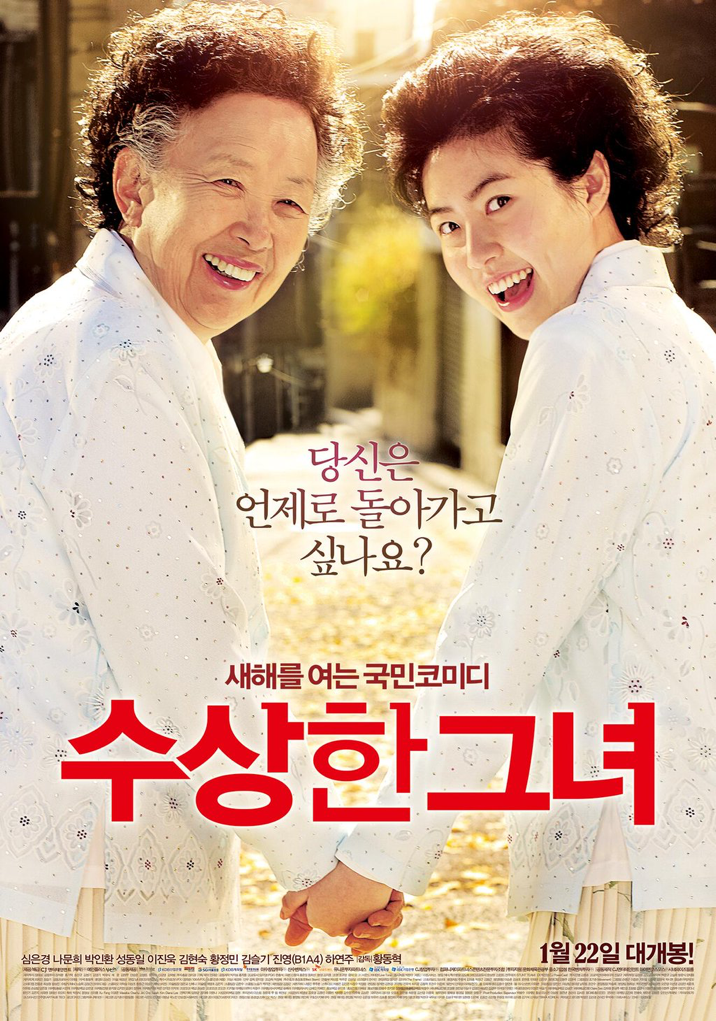 Miss Granny 수상한그녀 (2014)
The movie touches on the theme of getting old and how the older generation is being usually treated by family and people at large.
The story is about a 74-year old woman who magically finds herself in her 20-year old self after having her picture taken in a mysterious photo studio. It is comical and amusing to watch a 20-year old woman with the behaviour of a 74-year old. The actress Shim Eun-kyung brings it out very well.
I loved the movie so much that when I found out that they remade it in a Taiwanese version, I watched it too! I loved the feeling of watching the same thing with a different "original" language if you know what I mean. 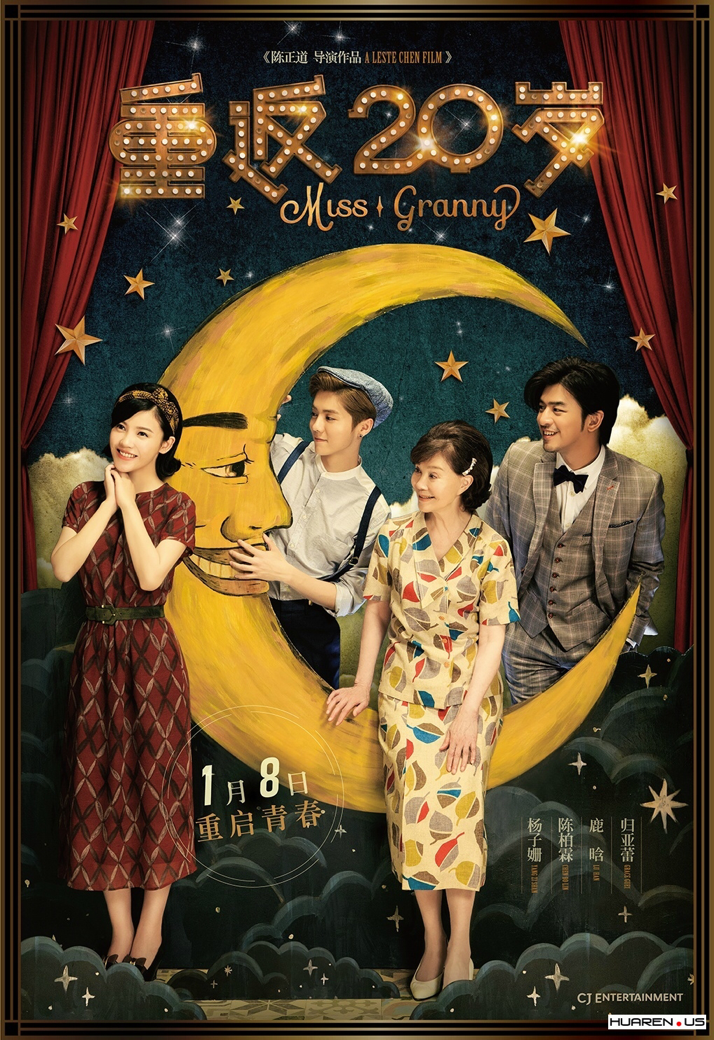 Miss Granny / 20 Once Again 重返20岁 (2015)
It was also interesting to watch the small variances in the movies because of the different cultures in the two countries, albeit both being Asian.
For example firstly, it goes without saying that there were more drinking scenes in the Korean one.
Secondly, the protagonist had to sleep in the street in Taiwan whilst in Korea, she had the convenience of a 찜질방 jjimjilbang or spa.
Thirdly, there were more hugging, kissing (on the forehead for this one) and butt-smacking(!) in the Korean version.
And I may be wrong but from these movies, I may be able to conclude that the Chinese are more sensitive to the subject of death than the Korean. The Korean granny dreamt of her own funeral with her family rejoicing thinking she was dead whilst the Chinese granny dreamt of them fighting over her bedroom now that she is gone.
Small differences but noticeable ones.
And I found the cinematography in the Taiwanese version a much grander one.
This is the Korean version when the grandmother was waiting at the bus stop. 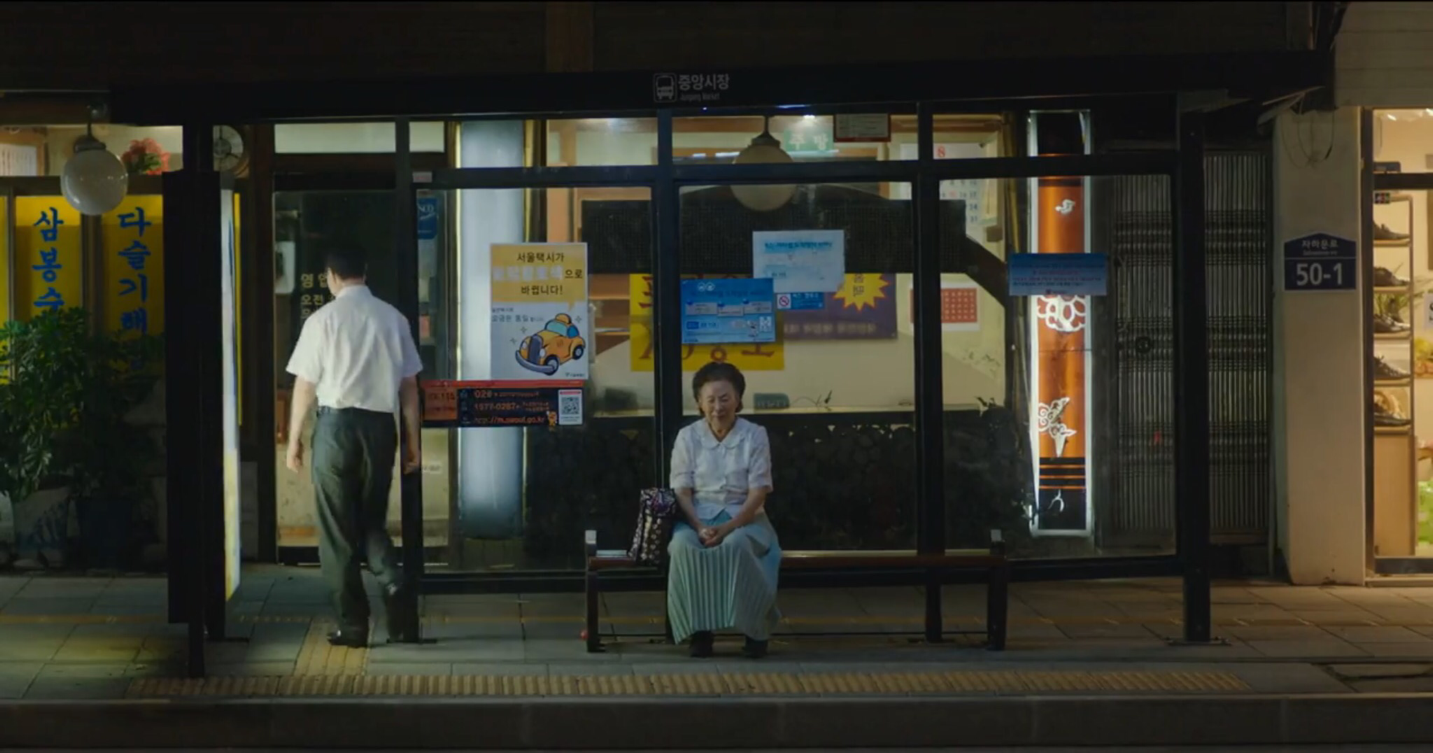 And here is the Taiwanese one. Doesn't it look richer in tone?

Look at also how it pays tribute to the original movie in the backdrop of the bus stop - 수상한그녀 or Miss Granny.

The inside of the supposedly mysterious photo studio wasn't that impressive here... 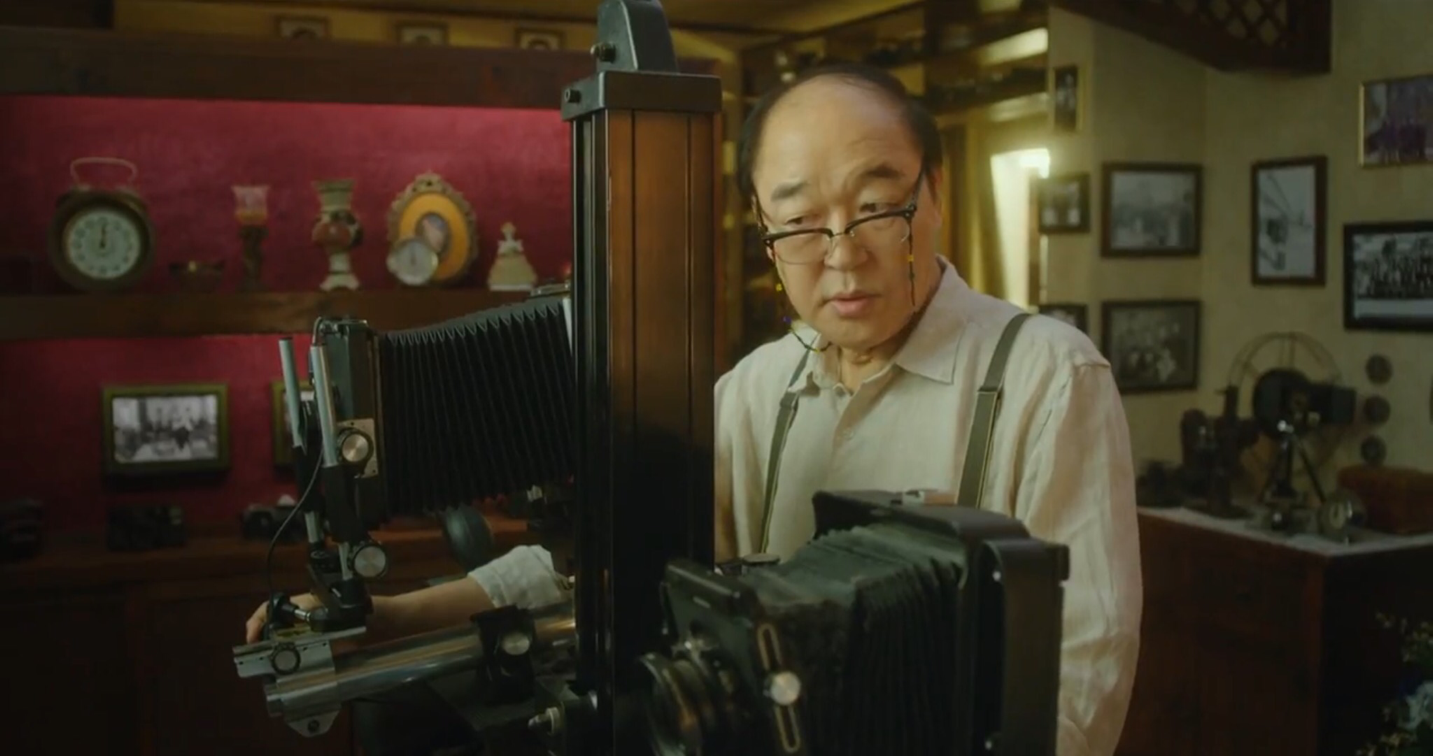 ...but look at how grand it was in the Mandarin version. Reminds me of Hogwarts!

And one more thing, I also noticed that in the Taiwanese version, which I also just realized in other Mandarin movies, the sound is different. I find that they seem to use a lot of "space" in the sound when they are speaking to create something like a 3D effect when you listen as you watch. I am not so sure how else to describe it. What do you think?
As for the acting, both the younger actresses brought out the character of an older lady quite well.
The Taiwanese one is more refined in the older character, and so the younger version of her was quite normal in behaviour, except that I cannot accept how an older soul can pick up a modern tempo song so quickly, if you know how crazily syncopated modern songs are these days compared to older songs let alone golden oldies.
The Korean older character was not as refined and it was certainly brought out very well by the younger actress where she does make you believe she is not 20 but 74 years old. I think Shim Eun-kyung portrayed it much better than Yang Zishan. As for singing modern songs, the same goes here except it's just the last song in this movie, it's so modern and syncopated it'd take an old soul forever to get into the groove.
And maybe it's just me but I prefer the Korean song choices to the Mandarin ones.
pearlie
Language Movies