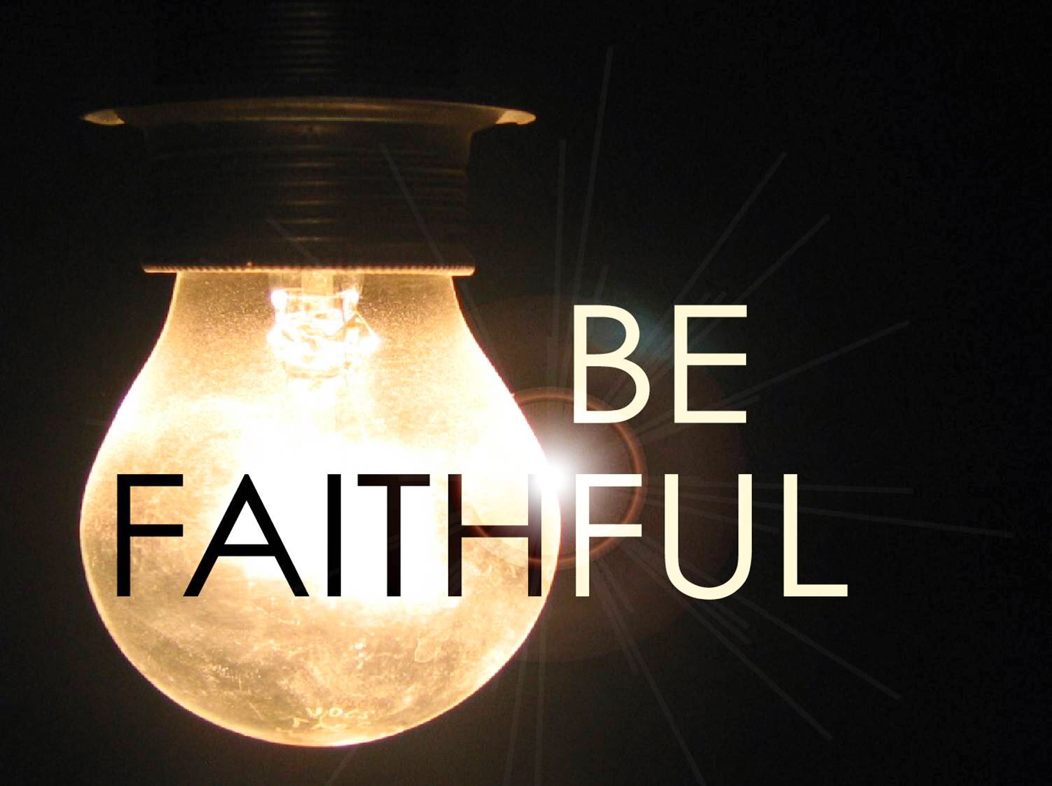 I was at Faith Methodist Church Cheras today as Grace Notes presented an anniversary anthem for their 30th anniversary celebration.
I was glad to be there and I realize how much I miss attending a liturgical Methodist Sunday service!
Rev Dr T Jeyakumar was the speaker and his sermon based on Revelation 14:1-5 was a very good lesson and reminder for me to remain faithful to the Lord.
Revelation 14:1-5 NLT
Then I saw the Lamb standing on Mount Zion, and with him were 144,000 who had his name and his Father's name written on their foreheads. And I heard a sound from heaven like the roar of mighty ocean waves or the rolling of loud thunder. It was like the sound of many harpists playing together. This great choir sang a wonderful new song in front of the throne of God and before the four living beings and the twenty-four elders. No one could learn this song except the 144,000 who had been redeemed from the earth. They have kept themselves as pure as virgins, following the Lamb wherever he goes. They have been purchased from among the people on the earth as a special offering to God and to the Lamb. They have told no lies; they are without blame.
The author of Revelation uses a lot of imagery language and the 144,000 people is used to represent all the people that belongs to God.
But why the number 144,000?
12 times 12 times 1000? If it is really 12 times 12 times 1000, then it clearly depicts all of the redeemed people of the Lord - 12 tribes multiplied by 12 tribes and on top of it multiplied by a thousand.
I like Rev Jeya's focus on verse 4: It is these who have not defiled themselves with women, for they are virgins. It is these who follow the Lamb wherever he goes. These have been redeemed from mankind as firstfruits for God and the Lamb. (ESV)
When I first read v.4, I felt rather discouraged. I know I am not pure nor have I been really following and obeying all the time. Does that mean I am not part of the 144,000?
But again Rev Jeya reminded us that it's imagery language that was used and that v.4 takes on the marriage covenant imagery where the groom remained undefiled.
As such the three lessons of v.4 is that of (1) being faithful, (2) following Christ and (3) belonging to God as his redeemed.
With that I am most encouraged.
Rev Jeya also gave us some examples in being faithful to God. It is easy when things are well and good but when things get tough, will we still be faithful?
The stories he told were harrowing true events.
First, he referred to what happened recently when three bus loads of Christians were stopped by a group of ISIS men in Egypt. They were ordered to alight the bus one by one and each of them were asked two questions: "Are you Muslim?" and "Will you be a Muslim?" As they firmly stood by their faith, they were either shot or had their throats slit. Imagine you were in the line to get off the bus to answer the two questions and as you watch what is happening, will you remain faithful?
The second story about Nabeel Qureshi. He was a Muslim who became a Christian after he studied the Bible and as much as he tried to refute it, in the end he found there is no way he could deny the logical truth and the love of Christ. He then put his life into studying theology and spent his days being a testimony for Christ but he faced a lot of cruel criticisms from a lot of people. He soon found himself in stage 4 stomach cancer and the verbal abuse became even more relentless. He held on firmly to his faith in Christ till his death on 16 September 2017. If we were in such a situation, will we still hold on to our faith?
His third story was one that made me tear up. I don't cry easily but this one made me. I did a search and found it in a book entitled Heroes of Our Faith by Patrick Sookhdeo (2012). 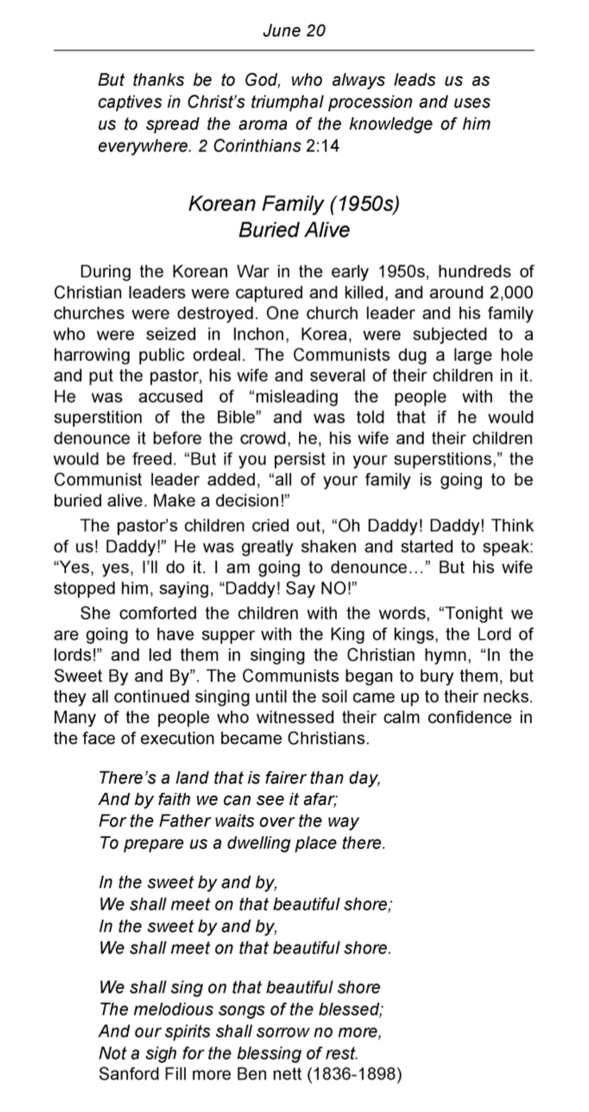 I really can't imagine how it will be like when one is being buried alive, and what more with kids!
Will you remain faithful?
Tonight we will have supper with the King of kings, the Lord of lords.
pearlie
Faith Grace Notes Life Sermon