Let me encourage and motivate you to cook!

October 09, 2017
I have begun to cook and bring my lunch to work. I found that it is so easy and it doesn't stress me up at all. And it's healthier and so much cheaper.
It all began with a fluke.
One evening some months back, I realized that I have these lamb shanks in the freezer I need to cook them already.
And I only have onions.
The thing is I cannot even say that I don't usually cook.  More accurately, I don't cook at all!
I popped the lamb and onions into the pressure cooker and amazingly it came out so well. But I couldn't finish it and so I decided to freeze it and brought it to work the next day.
That's how it all started. It was easy, tasty and very satisfying. When I had reheated the lamb at work, the others in the pantry area kept trying to figure out where the awesome aroma was coming from. I was smiling to myself and quite amused too since it's nothing but just lamb and onions.
Since then I have bought some small containers for storing and freezing. And I have not been really adventurous. I just kept it simple.
Here's what I do.
I buy a ginseng soup pack and a tray of 4 to 6 drumsticks. I put them all in the pressure cooker with 2 cups of water for 30 minutes. I separate them into 4 containers. I freeze them.
I cook 2 cups of brown rice for 20 minutes in the pressure cooker and store them in 6 separate containers. I freeze them.
And the beauty of it is that I can do these two things on separate days.
And here is what I have for every serving. The chicken in ginseng soup, rice, a bowl of fresh green vegetables and a bowl of dried seaweed with added hot water: 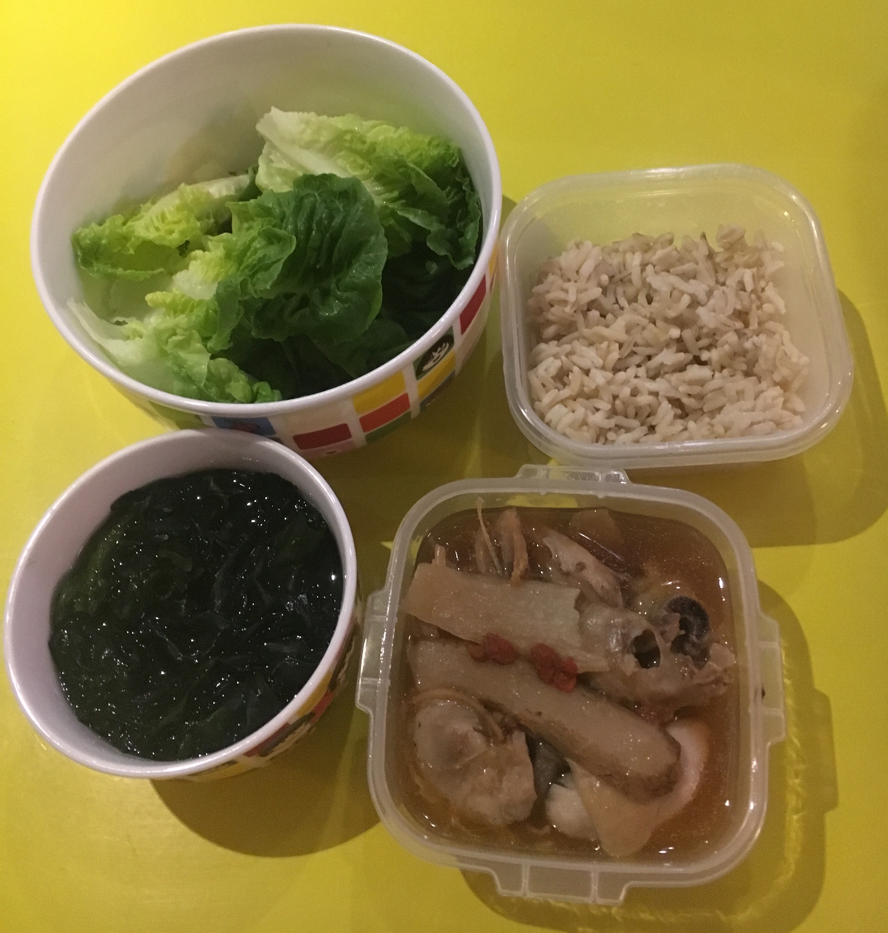 I assemble them and this is what I get: 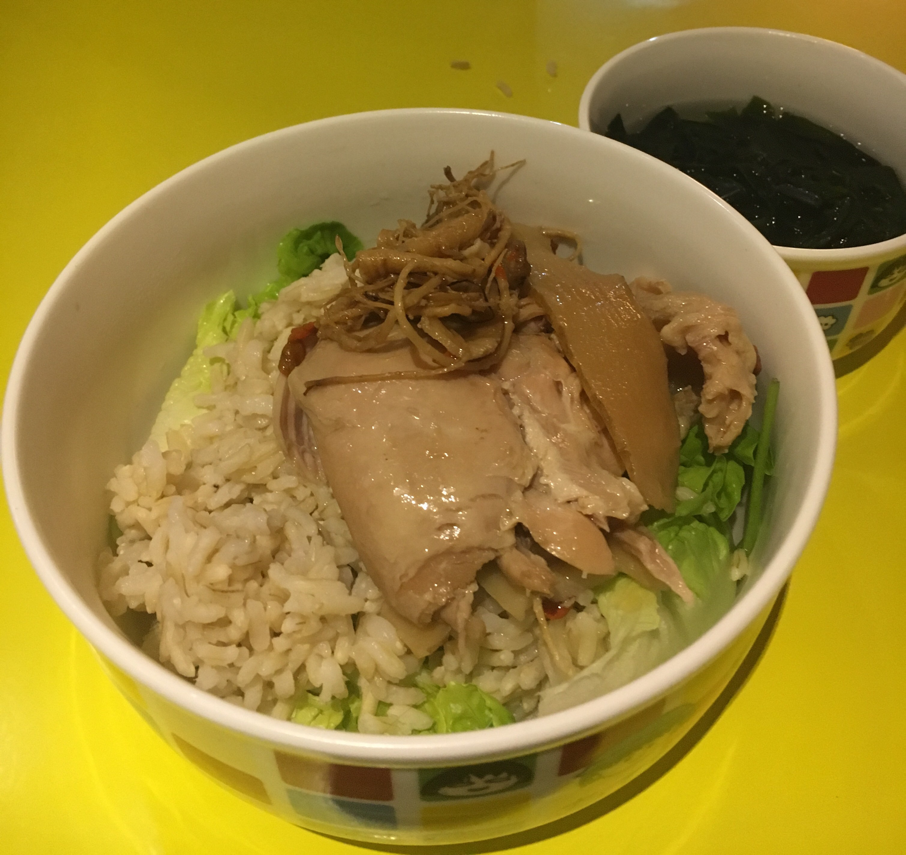 I am one person that don't mind eating the same thing over and over again. But this time I had this craving for Thai Green Curry. I followed this recipe and made 4 servings of this: 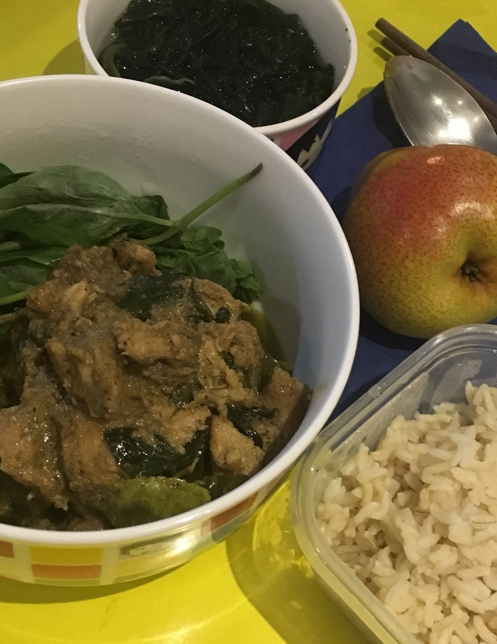 This took a little longer since I did not use the pressure cooker but the jar of ready-made Green Curry simplified the process by a whole lot. I couldn't find any bamboo shoots but next time I will substitute it with green beans.
I am very glad I took the Coursera course, Stanford Introduction to Food and Health. I usually forget what I learnt but this one thing stayed with me:
Keep it simple and stick to the few ingredients you have. You don't have to be fanciful. Stick to the basics. You don't have to cook like a gourmet. Forget those cooking shows. They are just for show.
Let me encourage you to cook!
I can still stick to these two recipes with some variations. One medium turkey thigh instead of chicken drumsticks. And there are so many different kinds of soup packs. I'll try Bak Kut Teh the next round. And I just heard someone said the word Marmite. Hmm...I'd try Marmite Chicken after that. The key is to just keep it simple.
So go cook!
pearlie
Cooking Food Health