I have been asked this question many times: why are you studying a language?
I was asked the question again by my colleague at work today. And I gave her my usual answer, that's it's something I've always wanted to do--which if you think about it, does not actually answer the question!
So why am I learning languages?
I need to give it much more thought but I do find that I have been doing it rather serendipitously now, having the aptitude for making desirable discoveries by accident.
Well, I won't say it's all accidental but I seem to somehow find the right tools or maybe we are now in a golden time where there is a flood of language learning resources out there.
I mentioned many times before that I have been trying to learn Mandarin all my life. But for some reasons, I could suddenly able to pick it up so much faster and easier than before with the tools that I have.
To mark my progress. This was how it looked like back in June 2017, after learning it for 3 months, growing from zero to 3033 mature cards. 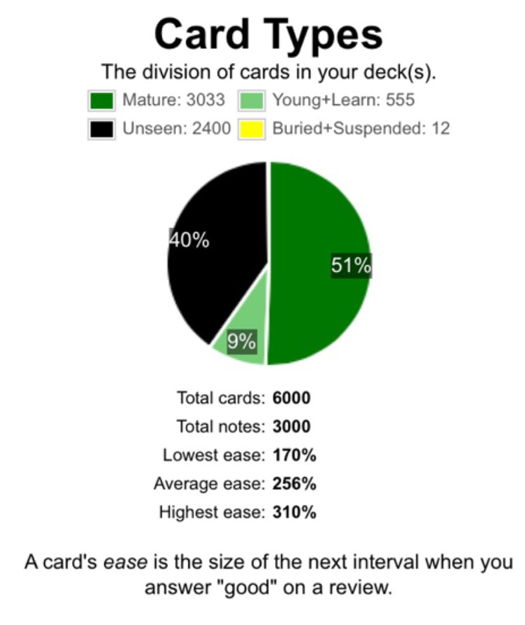 And after another 4 months now in October 2017--don't ask me why the pie chart has grown larger--it took me much longer to gain only another 1083 mature cards. It is much more difficult as I progress on. 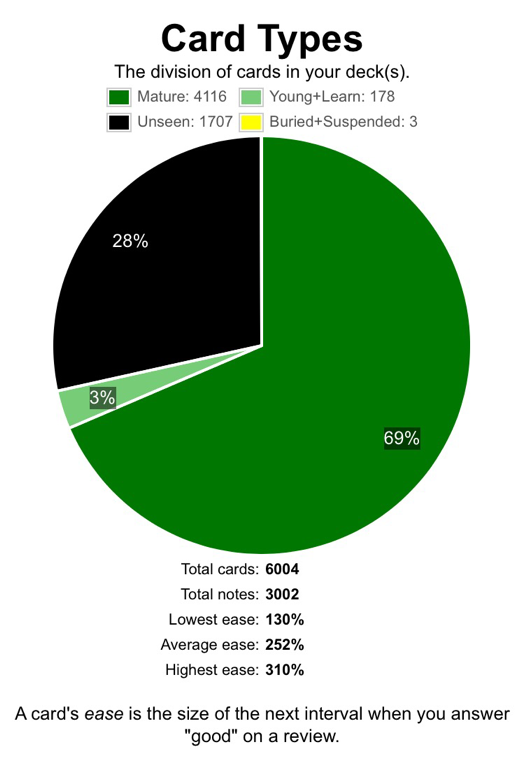 There isn't any finish line when it comes to acquiring a language. And it looks like I will still be trying to learn Mandarin all my life.
But at least I got to a better place now.
pearlie
at October 19, 2017