Which you think is the most energy hungry organ of the human body? 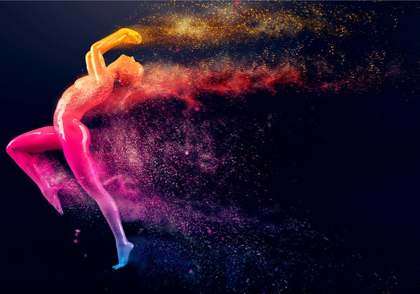 I have not been watching TV for the longest time--only 16 days but it does seem like an eternity--and what I have doing instead are reading and going through my language flashcards that can go up to 300 cards a day.
What I found was that I became so much more tired than before.
Why?
I came to the conclusion that with watching TV, it is an almost brainless activity that I can last till the wee hours of the morning but when I study languages, my brain works so hard that by the time it's 10 o'clock at night, I'm so exhausted I'd fall asleep at the blink of an eye. Learning languages is hard work.
The Smithsonian National Museum of Natural History says this: "Did you know that your brain makes up about 2% of your body weight…but uses about 20-25% of your body’s total energy, just for its basic activity? That’s one hungry brain!  No wonder it’s good to eat nutritious foods that offer a lot of energy. The brain of a newborn baby is even more amazing, as it takes up about 60% of the baby’s energy as the brain grows at an astonishing pace."
I'm not sure where they based that information on because as I understand it, it's only still a theory for now but there are enough studies to point to that fact though.
According to this article Energy-hungry brain likely cause for slow human growth: study, "Most researchers believe this is because human body needs to divert a huge fraction of its resources to the brain during childhood, leaving little to be devoted to body growth. As humans we have so much to learn, and that learning requires a complex and energy-hungry brain."
Looks like my brain has been on full swing these 16 days of no TV.
Hmm...I'm really wondering now if I should ever get back to mindless television binging again.
pearlie
at October 16, 2017