They have retired Plants vs. Zombies 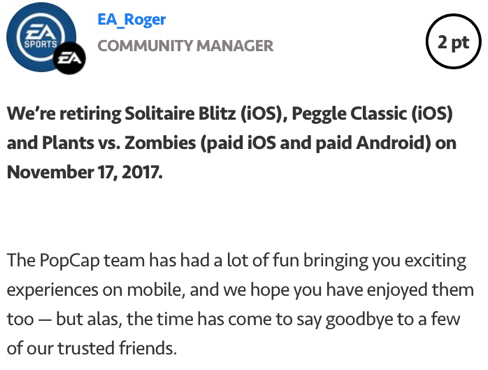 I have blogged it before - that I have been playing and I am still playing Plants vs. Zombies for the past 7 years. 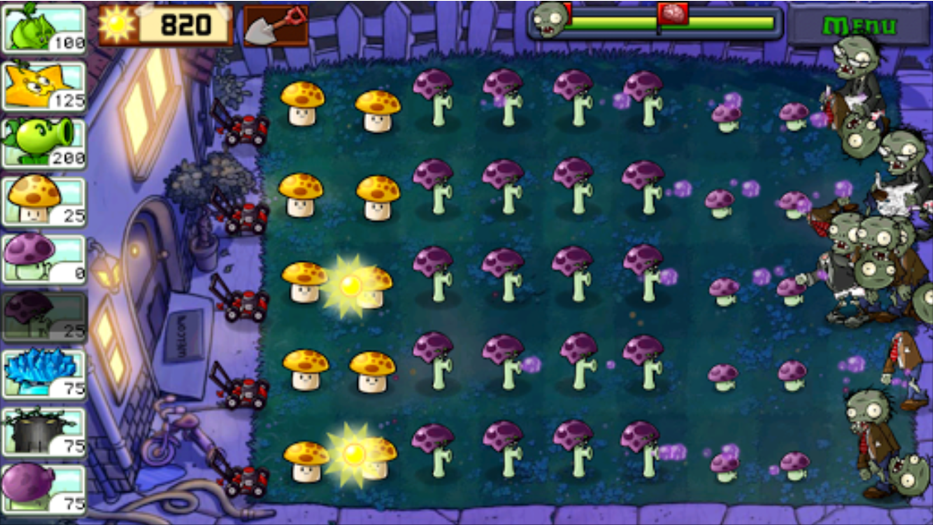 They did launch the newer Plants vs. Zombies 2: It’s About Time in 2013 but it never grew on me. I played it halfway and soon had it removed from my devices.
And as you have it, IGN published this article yesterday - Update: Plants vs. Zombies Creator’s EA Departure Clarified.
Apparently, Plants vs. Zombies’s creator George Fan was fired because he objected to the newer version’s pay-to-win model, which I wasn’t keen on as well. Why should I pay to win?
It was reported that “when EA proposed its sequel - Plants vs. Zombies 2: It's About Time - has a pay-to-win model that supports in-app purchasing, Fan pushed back. He's like "I dunno, that's not really a good idea and I don't want to do that with my game."”
And now the original game is being retired and removed from the Apple Store. They did relaunch a free version of it but I think it takes to a pay-to-win model as well. I have just started playing it and so far I have been watching endless and irritating ad videos in between games.
And I just brought up the subject of lifetime purchases for devices with my colleague and this is a case in point where lifetime is not forever.
pearlie
Gadgets Games