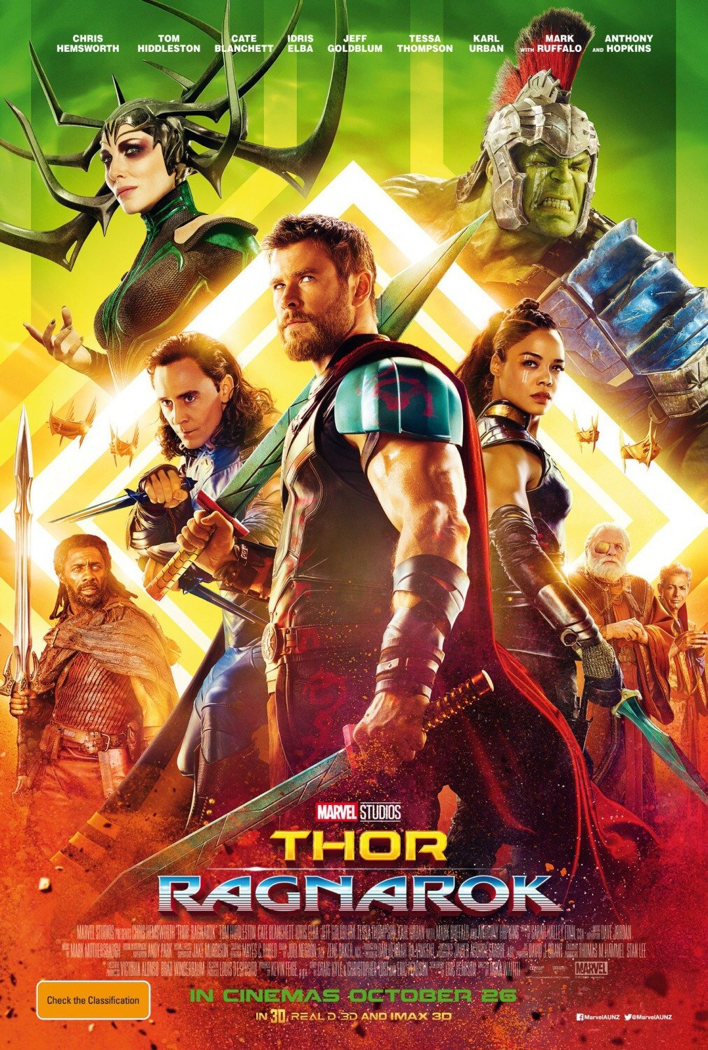 Thor: Ragnarok (2017)
It's our time-out again, for my good friend Wee Yin and I, and we went to watch Thor: Ragnarok.
I have not been following much on what's in the cinemas and just found out that Thor is on and when Wee Yin asked me, I was game.
I liked it. It was quite fun to watch.
However, I did wonder if Thor can break the chains that was wrapped around him and summon his hammer when he was on a one-on-one with Surtur, why didn't he do that when he was locked in a cage.
I loved the skits with Doctor Strange and Hulk, especially when I adore both Mark Ruffalo and Benedict Cumberbatch.
I only found Jeff Goldblum a tad irritating. But it's his character, which he played it extremely well. He'll crawl under your skin and just be careful of his Melting Stick.
pearlie
at November 03, 2017