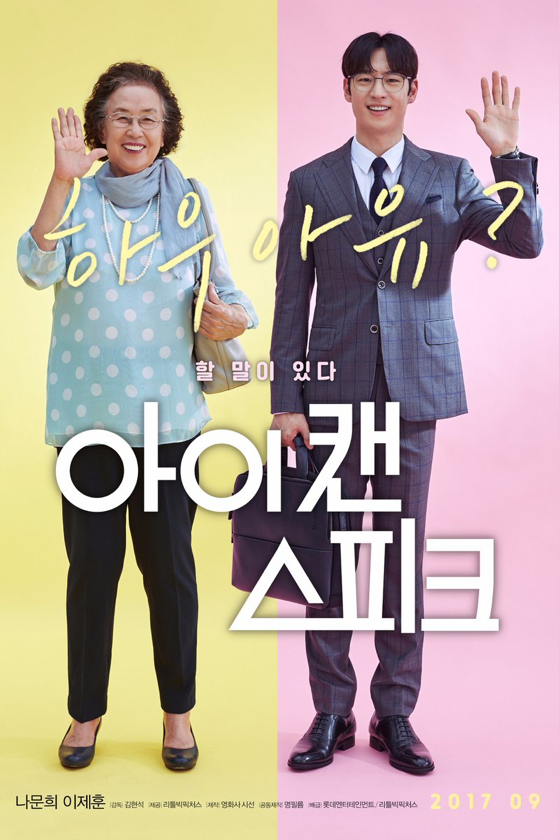 I Can Speak (2017)
I found out about this movie quite awhile ago while it’s still in production and I have been looking forward to watching it for three reasons: the actress, the actor and the plot about one teaching the other the English language.
The movie wasn’t available in the channels I subscribed to but I finally watched it today, not with English subtitles but Indonesian! It is indeed a blessing to know several languages and with the Malay language—that I grew up learning and using in school—being almost but not entirely similar to Indonesian, I was able to follow the plot quite easily until the end.
It is a very good movie.
It is placed under the comedy and drama genre. And as far as comedy is concerned, the actress Na Moon-Hee was just brilliant. I laughed so much there were two instances where I had to pause the movie so I can have a good laugh.
And the drama is obviously good with the excellent acting, character and story. I was moved when Na Moon-Hee gave a heart rendering speech to seek the Japanese’s apology for the sake of the Comfort Women.
I will watch it again when it comes with English subtitles.
By the way, as it goes with the uniqueness of the Korean language, what you see in the poster above, other than 아이캔 스피크 (ai kaen seupikeu) for “I Can Speak”, you also see the words “하우 아유?” (ha u a yu) for “How are you?”, the key phrase in the movie from beginning to end.
That I find really amusing.
pearlie
at February 27, 2018