In my attempt to get back into a more extensive reading regime, I found myself to be gravitating towards C.S. Lewis’s books and books about him.
C.S Lewis still remains after all this time my most favourite author and I happen to remember this saying that I found most apt in describing him.
I usually forget what I read, and so it’s interesting I actually remember it but I am even more amazed that I actually remember which book it’s found in.
It’s in Lewis’s God in the Dock where Walter Hooper said this in his preface - C.S. Lewis is one writer of this century of whom the Greek epigram about Plato seems eminently exact: “In whatever direction we go, we meet him on the way back.”
And if you have read C.S. Lewis, you will totally agree with Hooper.
The book which I have just finished reading explores Lewis’s thoughts in modern and post-modern thinking. 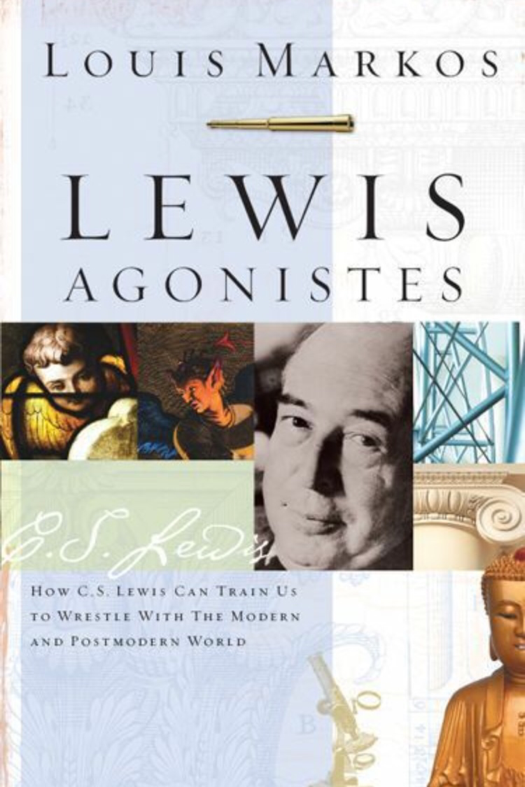 Lewis Agonistes: How C.S. Lewis can Train Us to Wrestle with the Modern and Post-Modern World
by Louis Markos
I must say that books by C.S. Lewis and books about C.S. Lewis are tough reads, including this one but I found it is one of the best and most interesting book I have read in awhile.
The topics that Markos brought up to be argued alongside with Lewis include:
- The War of Reason and Intuition
- Wrestling with Science
- Wrestling with the New Age
- Wrestling with Evil and Suffering
- Wrestling with the Arts
- Wrestling with Heaven and Hell
The chapters on science and on evil and suffering are good but not new to me.
The chapter on new age was interesting. Markos says, “The pendulum has indeed swung far in the direction of science, empiricism, and objectivity, and it was only a matter of time before this relentless swing towards secularizarion set off a counter-swing back toward the sacred...This reaction has surfaced in various different forms, but it has come (since the 1980s) to be referred to under a single all-inclusive heading: the New Age...the reaction was to be expected, the unchecked, headlong progress of Enlightenment thought could not help but breed its own antithesis.”
The author’s opinion for us Christians is “if we are to accept the New Age not as an all-out threat to the church but as an opportunity to reach a multitude of souls hungry for spiritual truth, then we must learn to identify, understand and sympathize with the desires and yearnings that drive these passionate neopagans.”
And I really like the chapter on Wrestling with the Arts where the author focused on language, poetry, metaphors and parallelisms. The post-modernists have reduced language from being inherently meaningful—that behind the words used was something real, words like love and justice and beauty meant something—to something that is arbitrary in that words are subjective in meaning. They have “killed the ‘illusion’ that words can point back to an absolute, eternal meaning.”
But language is centered on meaning and truth, and the “language of Scripture and of poetry at its most sublime is not singular or linear but polysemous (Greek for ‘many signs’)...[it’s] the slippery nature of poetry and of those images, metaphors, and symbols on which all of the arts finally rest is what enables it to hold in tension a supernatural meaning that could not be expressed in a closed, mathematical system...the Lord’s Supper is the most perfect of symbols, the great reservoir of polysemous meaning. The communion wine remains wine, and yet it is also simultaneously the blood of Christ...language is more meaningful precisely because it is slippery.”
The author then spent considerable time referring to the fiction that Lewis wrote based on mythologies, sagas, legends and medieval romances.
With that, I promise myself that I must fully read the Chronicles of Narnia. I have read it but not completely.
The Magician’s Nephew is now my next read. I just bought the Kindle version of The Chronicles of Narnia Complete 7-Book Collection and I am looking forward to digging in.
pearlie
at February 23, 2018