Me? Apple to Android?

I have gone Android! Haha. My friends and colleagues were so surprised because I was as Apple as I can ever be, beginning with my 3G, to 4, 4S, 5S right up to the 6S, and not forgetting my iPad 2, 3 and Air 2.

And with that my whole family has gone Android and I'm not to be left behind. And I meant it—behind. It's another blogpost altogether but we felt that Apple is stuck in the their former glory and not only that, their prices have gone absolutely crazy.

It started with my son getting the Pixel 2, having sworn off Apple products. My husband bought the S10 when it was launched here on 5th March. He who does not line up for anything lined up 3 hours to get the phone and a free pair of Galaxy Buds.

I was left alone with my iPhone 6S. Not that I mind and I was prepared to continue to use it for two more years since I just got its original battery replaced.

I won a phone another phone at a lucky draw! For the record, this will be the third time I won a device in a lucky draw. I first won a Palm V back in year 2000. Then I won a Samsung Galaxy A7 in 2017.

I just won myself a Razer Phone 2! Two months ago. And I'm loving it. Though it is a gaming phone and I'm no gamer to begin with, I'm enjoying the change to Android and the experience of discovering new things. Android is more fun than iOS. And the screen and speakers are just awesome. I have even somewhat abandoned my iPad.

Just look at this beauty. 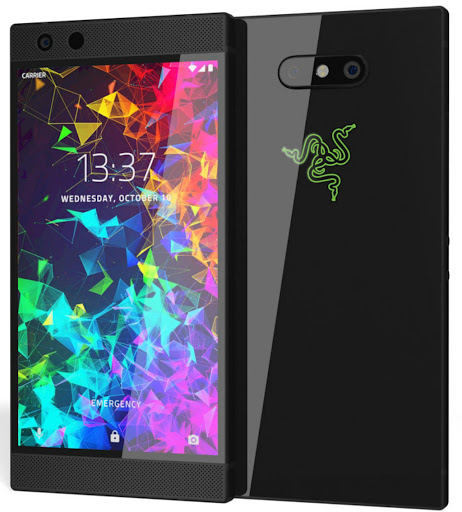